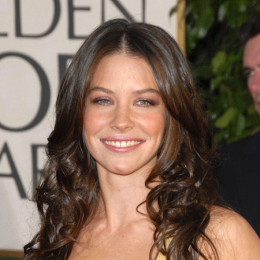 Nicole Evangeline Lilly is an actress, model and author, best known for her role in the ABC series Lost, as Kate Austen for which she received Screen Actors Guild Award and a Golden Globe nomination. Since 2009, she has been serving as Spoken-model of L'Oreal Paris. She studied International relations at the University of British Columbia. Her mother is a middle school secretary and father is a Home Economics teacher.

Talking about her personal life, till now she has been married only once. Her first marriage didn't work so well, as she separated with her husband just in a year after the marriage. She does not have children with her husband. Currently she is dating a actor with whom she has raised a baby boy. The couple aren't married yet and it has been reported that they are expecting their second child in 2015. She currently lives in Hawaii.

He is the first husband of Lilly, who is a professional Canadian hockey player. They stayed together for a year and then got separated.

He is the first child of Lilly who was born safe and sound. Meaning of his name is "the thunder" in Hawaiian.