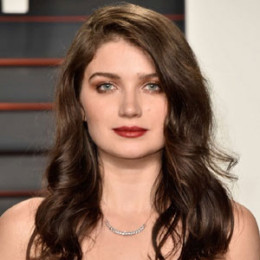 Memphis Eve Sunny Day Hewson, better known as Eve Hewson, is an Irish actress who rose to a fame from the drama movie This Must Be the Place which was released in 2011. She is also known for Bridge of Spies and Enough Said. She is dating One Tree Hill star, James Lafferty. They are girlfriend-boyfriend since 2007 and are still going strong.

Born on 7th July 1991, Eve Hewson is a daughter of Ali Hewson, actress and Paul David Hewson (Bono), U2 lead singer. She grew up in the city of Dublin, Ireland along with three siblings’ older sister Jordan and younger brother Elijah Bob Patricus Gugi Q and John Abraham.

She attended Dalkey School Project and St. Andrew’s College, Dublin and completed her honorary degree from New York University in May 2013.

Being the daughter of a famous celebrity, she did not face much trouble in joining the acting industry though her parents were against her performing. She made an acting debut in short movie, Lost and Found, which released in 2005. She performed alongside her elder sister, Jordan, in the movie.

Later in 2008, she made an appearance in two movies, Jorma’s Blind Date and The 27 Club. The same year, she took in an acting program held at New York Film Academy. She has also done a music video for Irish Band the Script’s songs for The First time.

After appearing in few of the short movies, she was cast in European drama movie, This Must Be the Place, directed by Paolo Sorrentino. From 2014- 2015, she played an American TV series The Kick which aired on Cinemax.

Moreover, her upcoming most awaited flick movie is Robin Hood which will be released in the year 2018.

Eve is in a love relationship with James Lafferty, an American actor. The girlfriend-boyfriend first met on the set of The 27 Club though they start dating in 2008.

After receiving huge name and fame in a short period of time, Eve has successfully earned an estimated net worth of $2 million. She is currently living in the city of Brooklyn, New York.