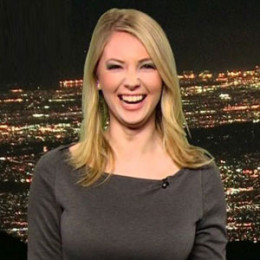 Evelyn Rachel Taft, better known as Evelyn Taft is one of the well-known American journalists, news anchors, and news directors. She is famous for being editor of KCAL and a weeknight meteorologist on KCAL-TV Channel 9 stations. Now, she is a host of the weather forecast in CBS news. Currently, she is in a marital relationship with boyfriend, Ross Resnick and is blessed with daughters Elle Resnick and Eli Maxwell.

Evelyn was born on 24th August 1984 Bay region, San Francisco, the United States of America to Russian Jewish parents. Though she was born in the United States, she spent most of her childhood in France, Israel, and London. She holds the citizenship of America and belongs to Jewish ethnicity. 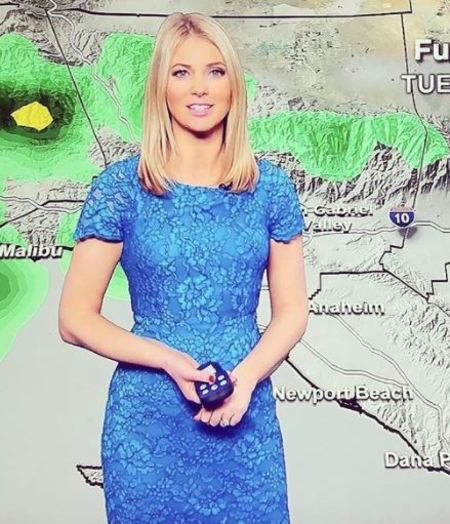 From childhood, she was interested in Meteorology and after completing her school education from Menlo School in Atherton, California and did her broadcast journalism from and political science at Annenberg School of journalism from the University of Southern California.

During her higher education, she workouts and was busy with weather report forecasting at the University. Also, she received a certificate in Meteorology at Mississippi State University.

Evelyn entered into the media world in her teens. She was just 14 when she appeared on the Television, and two years later, she hosted her first show for Annenberg’s live newscast. In 2008, she got an opportunity to work in a series Military Minute and was rewarded with Appreciation Awards from the National Army Guard.

After completing her higher education, she began working for television at KCAL-TV channel 9 of the Los Angeles station as a night meteorologist during the week in 2006. Besides meteorologist, she started working as a presenter, editor, director and reporter for the TV channel.

Also, she was hired by the television channel along with three other journalists: Stephanie Simmons, Sharon Tay and Rick Garcia who became one of the most influential broadcasters in Los Angeles. Soon the general manager was impressed with their teamwork and the unique experience in meeting the spectators.

Before she works for KCAL9, she used to work for KRON4 in San Francisco where she presents the weather forecast and KCOY (CBS) as a reporter and weather presenter. During the period, she made predictions of another media house, the KION. 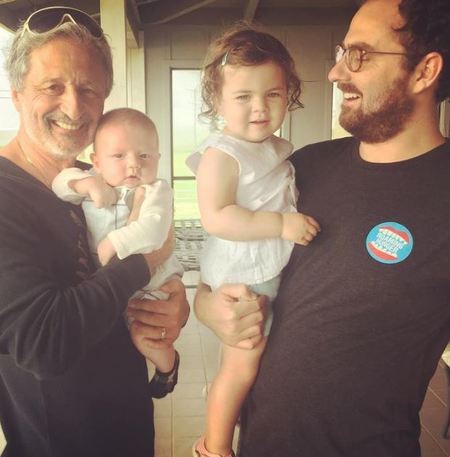 Currently, she is the host of the weather forecast in CBS news. And, Evelyn has successfully received a huge net worth from her career in hosting the news report and editor. Though her net worth is disclosed on social media, she probably has an estimated net worth of more than seven figures.

Talking about Evelyn’s personal life, she married her boyfriend of many years, Ross Resnick, in 2011, after dating him for several years. The husband and wife exchanged the vow in a content ceremony with the involvement of close friend and family members. 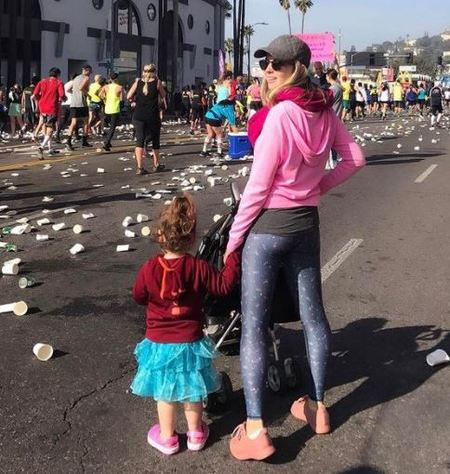 The couple is blessed with two children: daughters Elle Resnick and Eli Maxwell which complete their happy family. Due to her busy schedule, her husband, Ross Resnick takes care of the children.

She is interested in international culture and travel. She has hosted different shows on travel and entertainment. Also, she lived in both London, France, and Israel and trekked through Europe, Asia, Central and South America and has climbed Machu Picchu.

However, Taft is extremely private about her marriage and while she remains upfront about her motherhood and children, she rarely shares anything about her love life and husband.

Evelyn Taft is married to Ross Resnick, in 2011. Ross Resnick is the founder and CEO of Roaming Hunger the easiest way to book catering for the event. He spent much more time with his family eating from local hotspots and attempting to cook his favorite dishes.

Born in 2014, Elle Resnick is the elder daughter of Evelyn Taft and Ross Resnick.

Born on 16th January 2016, Eli Maxwell is the younger daughter of Evelyn Taft and Ross Resnick.