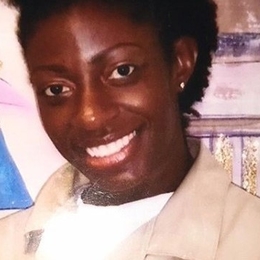 Some of us are quite lucky to be living off the money earned by our folks getting our absurd demands fulfilled now and then, we've survived. However, some children are deprived of this luxury. Falicia Blakely is one of those children who, coming from a broken family, faced an extremely deprived childhood choosing to walk in the path of crime for love, money and a stable-happy life, which she never achieved as a child.

Falicia Blakely, a criminal, serving a life sentence without parole for killing three innocent men, is single as of now. She, however, shares a child with her anonymous ex-boyfriend.

After dating for months, she became pregnant with the child of her anonymous ex-boyfriend at the age of 16. To raise the child, she worked as an exotic dancer at a night club after securing a fake I.D.

While working as an exotic dancer, Falicia grabbed the attention of a local pimp. Falicia eventually fell in love with the man who pulled her into a dangerous life of crime which she still is being punished for.

What is Falicia Blakely Up to Now? Where is Her Son?

Falicia Blakely, a teen mom who grew up in a fast lane became a mother of a son at age seventeen from her intimate relationship with a DJ. This DJ wasn't in a real relationship with her but was stashing her in the motel for sex at his convenience. A month after they started dating, she realized pregnancy. When she told everything to her new love, she didn't get any reaction.

The DJ literally took advantage of her young and unsophisticated nature. So, at 16, she had a son at the time of her arrest fifteen years ago. Blakely's son was raised by her mom while she was on probation.

Falicia's son who now turned nineteen years old is a rising soccer player with a bright future. Many people might be thinking Blakely's story was too much for him to understand at such a young age. Blakely felt it was very essential for her son to know the truth about why his mother is in jail and not with him.

As a matter of fact, Author Serenti Hall decided to write a book based on Blakely's life and the whole story behind the murders. The book "A Treacherous Hustle" is on the market now. Falicia's only child agrees with his mother about being upfront with him and still loves her.

Falicia was a young mother when she was pleaded guilty. To let her son know why she was in jail, Blakely wrote and published a book titled A Treacherous Hustle. The book later became a major film, When Love Kills. 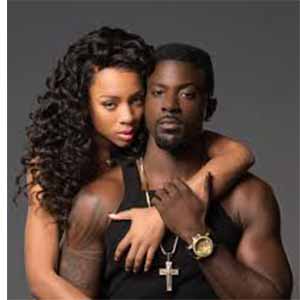 Born into a broken home, Falicia had a terrible childhood which culminated in her doing a series of odd jobs intake a living. Falicia was in no good terms with her mother, so at the age of 14, she left home and ended up living alone.

Falicia spent her early years in Jacksonville, Florida with no entail record details her academic background. However, Falicia Blakely followed her mom to Atlanta at the age of 15.

Falicia Blakely’s Walk Toward The Crime

Blakely continuously struggled to receive desired love and affection. Life consistently kicked her through the hardship of bringing up a child as she was a teen single mom.

In this course, Falicia grabbed the attention of a local predator. Thirsty for the taste of true love, Falicia went an extra-miles which led her to take the life of three innocent people.

Due to the empty promises of living happily ever after by her "boyfriend," she along with her co-dancer, Ameshia Ervin carry out his dubious acts to rob as well as kill people which she was forced to do it.

In 2002, Blakely and Ervin were arrested from a washroom stall at a diner. After that, they were trialed in a court where they were pleaded guilty for killing two people Claudell Christmas, 35, and Raymond Goodwin, 34. Later they confessed that their third victim, Demetrius Twitty, witnessed a fatal Atlanta fight, was also killed 12 hours later.

The film, When Love kills developed through the book "A Treacherous Hustle," was an incredibly touching story inspired by a real-life situation. Here, the main lead, comes from an alarming family background with an unstable financial situation.

Falicia Blakely's Sentence Due To The Crime

Even in February 2020, Falicia, 33 years old is serving her sentence in a Georgia prison for shooting three men in two days. Ameshia Elvin, her accomplice was also sentenced to life imprisonment but was granted the possibility of parole post testifying against Blakely in court.

Falicia Blakely’s Net Worth? How Rich Is She?

A Treacherous Hustle, The book written by Falicia Blakely has received a significant number of readers, online as well as books. The book being sold about millions of copies along with the film. 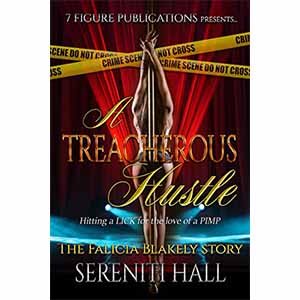 Since she still severs in jail, there might be a slight chance for her son to be holding the amount earned through it. Indeed, Falicia had a cousin who served as an exotic dancer, a stripper in Atlanta who persuaded Blakely to that might a good life plan. Regardless of being a miner, Falicia wasted no time finding work at a local strip club in Atlanta.

Post securing a fake I.D. she started as a money-making venture soon and evolved into something more. Falicia was young and impressionable so by stripping she was enjoying all sorts of attention from men and upgraded her self-esteem.

Even when her mother Betty knew it, she first argued with her but later gave permission to strip at age 16 in Georgia but Falicia ran away. She put herself at a spacious-stay hotel where most of the girls who go into adult entertainment reside.