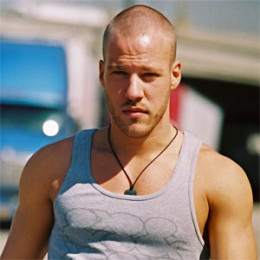 He is an actor, dancer and choreographer, known for playing in 2013's White House Down, as Motts and in 2009's Knight and Day, as Bernhard. He had a recurring role on the CBS series Reckless, where he appeared as Arliss Marcus. He was a backup dancer for various pop singers before finding his career in acting. He was raised by Joerg and Martina Hentschel, along with his brother Uwe.

He is yet unmarried as there is no any details regarding his marital life. There is not much information available about his personal life, as he hasn't interacted with the media that much. Currently, he is assumed of being single, but he might have dated lots of gorgeous ladies in his past days. To get updated about him we can follow him on Twitter @thefalk. Yet he hasn't been a part of any controversial issues.