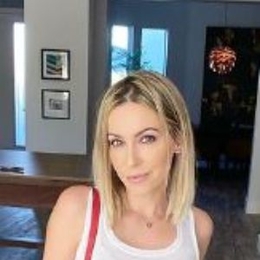 Farah Fath is an impressive soap actress who played Mimi Lockhart on Days of Our Lives and Gigi Morasco on 'One life to Live.' She also landed a role in the reality show 'Dirty Soap.'

Farah Fath is a married woman. She walked down the aisle with a professional poker player, Phil Galfond, on May 16, 2015. The marriage ceremony took place at 7 p.m held in the backyard of the duo's Las Vegas home. After marriage, Farah took her husband's last name and is now known as Farah Galfond. 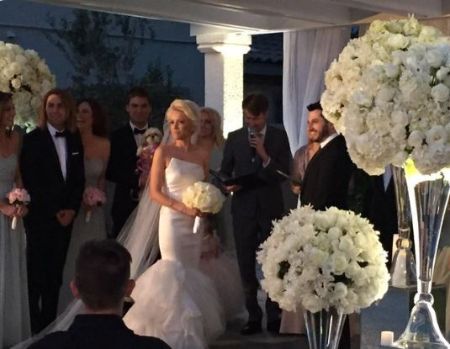 Farah Galfond and Phil Galfond married on May 16, 2015. SOURCE: Instagram(@farah_galfond)

Further, the dinner was held at the Wynn on May 15, while there was a pre-wedding brunch at the South Point Hotel and Casino. The couple had a wedding registry at Westelm.com, where they registered at Westelm.com for 'European Down Duvet Cover Insert, King' for $429.

Since Farah started dating Phil, the lady got deeper into poker, though still just for fun. And Fath went on to move with Galfond to Vancouver. The poker pro is the biggest lifetime winner in online poker games and has three WSOP bracelets. 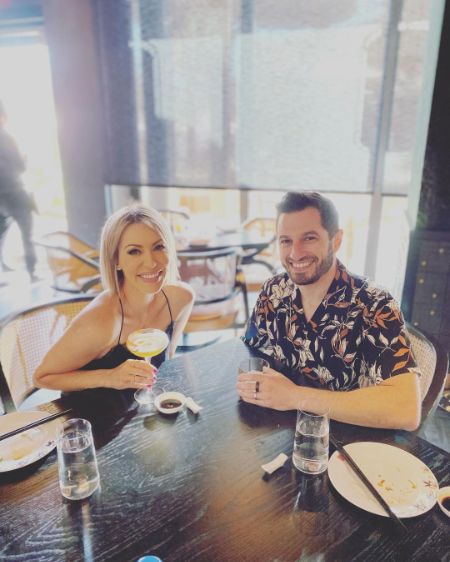 Additionally, the lovebirds seem to have brilliant chemistry and be an odd couple as Fath is the math-centric poker geek. Speaking of her past affair, Farah Fath met her former boyfriend, John-Paul Lavoisier, in the hallway on the set of 'One Life.'

In the film, Farah and John-Paul played a married couple, while behind the camera, they were in a relationship back in 2008 for several years. In the issue of Soap Opera Digest, it's told that the pair broke up soon after Farah repeatedly had been tweeting with the online poker superstar in Janaury 2013.

Farah Fath initially announced her pregnancy back in June 2019 and, at the time, was expecting their child to be the best Christmas gift. However, the baby, Spencer Keith Galfond, arrived on December 31, weighing eight pounds and five ounces. Farah posted the snap of her little bundle of joy on her Instagram. 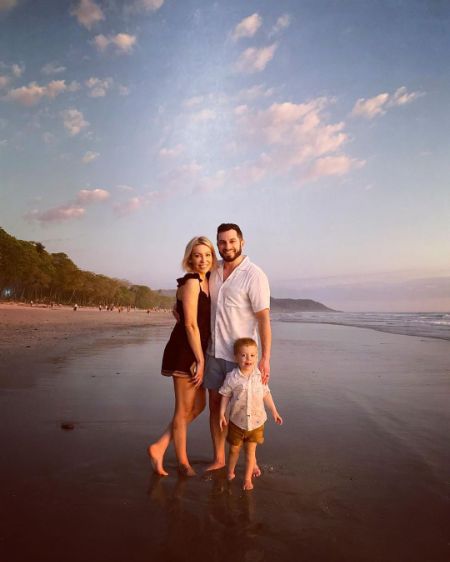 The look on Fath's face after realizing it is priceless. Also, the expectant mother confessed how hard the pregnancy had been for her. At the end of June, Farah revealed beautiful photos that her firstborn was going to be a boy, born in the new year.

Farah Fath has summoned an estimated networth of $2 million from her successful career as a TV show actress. Her husband is the heir to a fortune of an incredible $1.5 million. She has played in a few film and TV shows in her career.

Here's the video of Farah Fath on A We Love Soaps TV interview.

Soap fans remember Farah for his portrayal of Gigi Morasco on 'One life to Live' from October 2007 until the show ended in January 2012. The lady took a break from the show for months for five years when her role died but soon reappeared on the show.

Even though she's a less television presence, viewers recognized being a soap, including In five episodes of the short-lived reality show Dirty Soap she had a run in 2011. One of her recent TV movies, 'Murder, She Baked: A Plum Pudding Mystery'' on the Hallmark channel in November 2015.

And in she played the character of Mimi Lockhart on Days of Our Lives from September 1999 to March 2007. Farah was in the middle of filming episodes in May of 2018 after returning to the show.

On the other hand, Mr. Galfond is the highest game spread online regularly and plays at such high stakes. Once, he had a losing session and hit the loss of over $100,000.

Farah Fath is a married woman. She walked down the aisle with a professional poker player, Phil Galfond, on May 16, 2015

Spencer Keith Galfond is the son of Farah Fath.