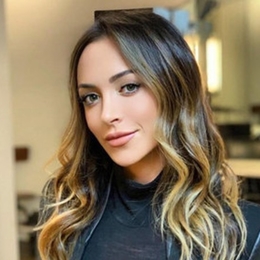 Farrah Aldjufrie came into the limelight as the elder daughter of The Real Housewives of Beverly Hills, Kyle Richards. She is a real estate dealer and an inspiration to lifestyle improvement.

Relationship With Her Boyfriend

Farrah Britany Aldjufrie is currently in a romantic relationship with Alex Manos, who is the owner of the Beverly Hills Car Club located in Los Angeles.

Britany first made her relationship official to her followers through a post back in April 2018. In the post she shared, the couple attended the 2018 Coachella Valley Music and Arts Festival in Indio, California with their friends. 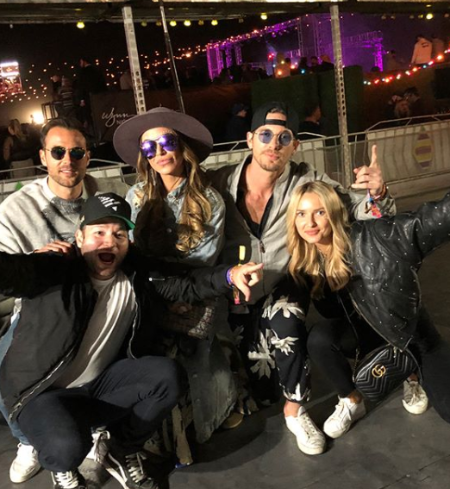 Farrah and Alex in a night out with friends. SOURCE: Farrah's Instagram

Her boyfriend Alex is a big-time businessman like her. He generally deals with buying and selling older vintage cars. He converted his affinity for classic automobiles into a business. The automobile enthusiast portrays his love for classic cars into his Instagram posts. 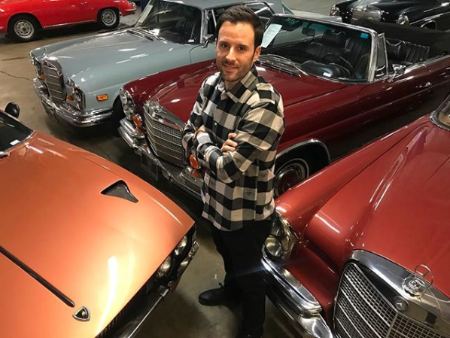 Alex posts the photos of the cars he admires in social media. SOURCE: Alex's Instagram

Farrah posts a lot of pictures with her lover. She recently wished him on his birthday and mentioning him as the most amazing person ever. 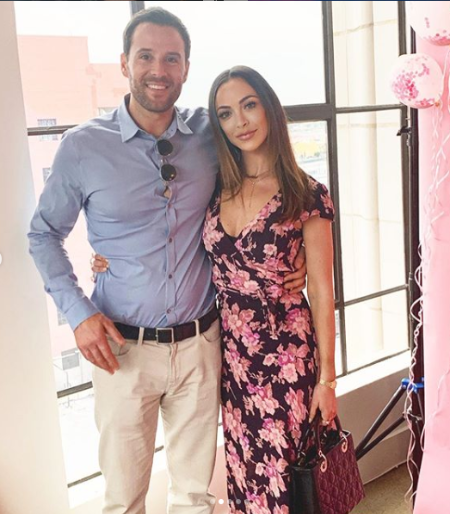 Farrah posted a picture with her boyfriend, Alex on her birthday.  SOURCE: Farrah's Instagram

Alex can also be seen in Farrah's family photos in quite a few occasions. Their relationship is pretty impeccable, and it seems he is close to her family as well.

And you know what getting close to your partner's family members usually means, right?! Let's hope we hear wedding bells soon enough.

Farrah was in a relationship with Michael Fogel until late 2017. Michael is also a Real Estate agent like Farrah herself. 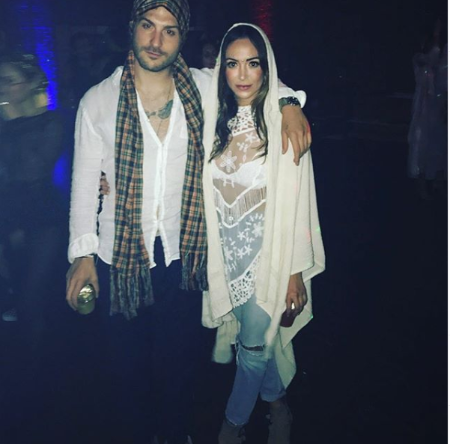 Despite their split, she still has photos of herself together with him up on her social media. It seems she ended her relationship with him on good terms. After breaking up, Michael soon started dating Corinne Olympios.

Farrah Aldjufrie's Parents Are Friends despite Their Divorce

Farrah Aldjufire is the only daughter of Guraish Aldjufrie and Kyle Richards. Her mother Kyle is a renowned celebrity and starred in the show "The Real Housewives of Beverly Hills" whereas her father is a prosperous Real Estate Businessman in Indonesia.

Her parents tied the knot in the year 1988, but after four years of marriage, they called it quits and divorced in 1992. Farrah's father won her custody after the divorce, and she spent her entire childhood with him.

Despite splitting, Kyle and Guraish are still excellent friends.

Her biological father frequently visits the now 30-year-old business-woman in LA. They go out for dinner and share their life experiences. Not just her father, Farrah also travels to Indonesia when her father is tied up with work and cannot spare time for travel. 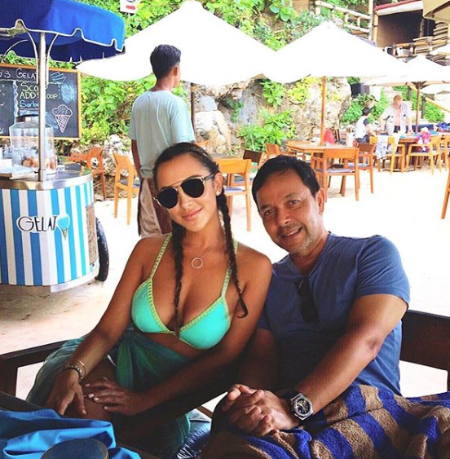 Farrah's Father visits her frequently and spends time with her. SOURCE: Farrah's Instagram

On the other hand, Kyle is now married to Mauricio Umansky and has three children with him whereas Guraish is enjoying his single life. Farrah's mother shares three daughters with Mauricio; Alexia Umansky, Portia Umansky, Sophia Umansky. All of whom are now her lovely stepsisters.

Her Relation With her Step Family

The real estate agent has an excellent relationship with her stepfather as well. A lot of photos can be seen on her Instagram account with her stepfather. She mentioned him as an amazing human, dad, stepdad, boss, teacher, leader, mentor, friend whom she loves very much.

Apart from being a great family, the two are partners in business too. She and her stepfather both work together as the founding members of a real estate agency named TheAgencyRe. She initiated her career in the company as the Director of Client Relation, and her capabilities have honed ever since. 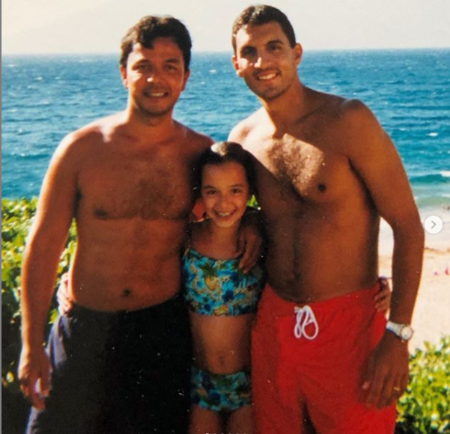 Even her biological father and stepfather are good friends. A rare sight but quite admirable. The two help eachother with their businesses. They promote each other's business agency to any potential costumers. Guraish recommends people interested in real estate to Mauricio and vice versa.

Britany also has a good relationship with her stepsisters and often enjoys holidays with them. She spends a lot of time with her sisters. They rather look like friends on a crazy night out than a group of siblings. 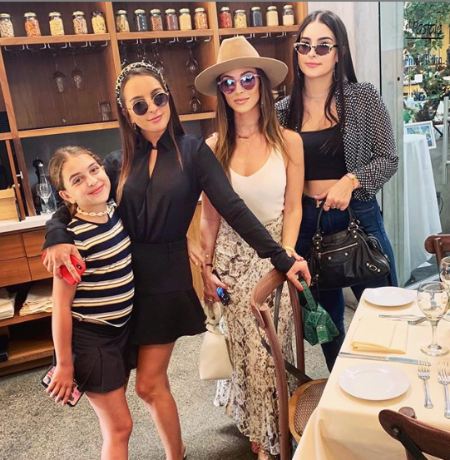 Farrah shares her taste in fashion with her stepsisters. SOURCE: Farrah's Instagram

During a Q/A session on Instagram, a fan questioned her about her relationship with Kyle. In response to it, Farrah admitted although she visits her once every few weeks, she does not spend enough time with her mother. Despite this, she is always looking forward to meeting her mother.

Farrah Aldjufrie works as a real estate agent. Farrah has been named #66 on the L.A. Business Journal’s 500 Most Influential people of 2018. She was also ranked on REAL Trends’ list of the Top 250 Realtors in the U.S. by Transaction Volume. At the moment, she boasts a net worth of $2 million in 2019.

She alone has sold over $386 million worth of properties. The commission from her business must have earned her a considerable sum of money.

Similarly, her mother Kyle boasts a net worth of $50 million. She receives a paycheck of $270,000 for a season of The Real Housewives of Beverly Hills.

Check-in on Marriedwiki for more Bio and Gossips!!!