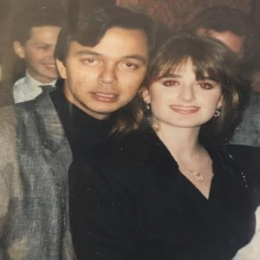 Indonesian real state agent, Guraish Aldjufrie is one of those people who came to prominence after being involved in a romantic relationship with famous celebrity. Guraish is best known as the husband of the reality star and actress, Kyle Richards.

Who Is Guraish Aldjufrie's Wife? Know About His Wedding, Children, Divorce

Guraish Aldjufrie was married to his former lover, Kyle Richards. Kyle is an American actress, socialite, television personality, memoirist, and philanthropist. She is best known for her role in The Real Housewives of Beverly Hills. 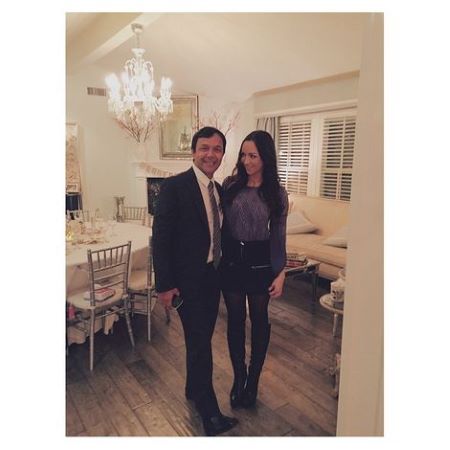 The couple tied the knot in the back in the year 1988 when Kyle was just 18. Moreover, the wedding was held in an intimate ceremony among their close friends and family. Likewise, they first met in Tina Turner‘s concert but it took time for Aldjufrie to date Richards as he was not so good in English.

The duo was living a blissful marital life, but their happiness didn't last long as they decided to part their ways in 1990 and finally got divorced in 1994. The former duo further revealed that they separated on a mutual separation. What's more, they are even good friends now and often visit one another.

My Mom @kylerichards18, @Mumansky18, My Dad, and @tangga9 all in Vegas together love this

The former duo is the proud parents of their one daughter. They welcomed their first child, Farrah Aldjufrie on October 31, 1988. Meanwhile, reality star Kyle is also a mother to three daughters, Alexia Umansky,23, Sophia Umansky,19, and Portia Umansky,11 with her second husband, Mauricio Umansky.

How Much Is The Net Worth Of Guraish Aldjufrie?

Guraish Aldjufrie holds the net worth of around $2 million. He garnered this much wealth from his lucrative career as a real state mogul. Besides, the average salary of a realtor is around $87,000 per year. Considering his career graph, he earns the same figure like any other real state agent.

On the other hand, his ex-wife, Richards, is one of the most famous faces of the entertainment industry. Moreover, she amasses the fortune of around $50 million all thanks to her acting career. Likewise, she owns $8.25 million historic Encino home.

As Aldjufrie is quite secretive when it comes to his personal life, so more details about his property, home and car are yet to be revealed. However, considering his income, one can know that he is currently living a lavish life.

Guraish Aldjufrie was born on September 21, 1964, in Indonesia. He held Indonesian nationality and was born under the star sign Virgo. Furthermore, he currently resides in Bali and is now focused on land development and commercial real estate. 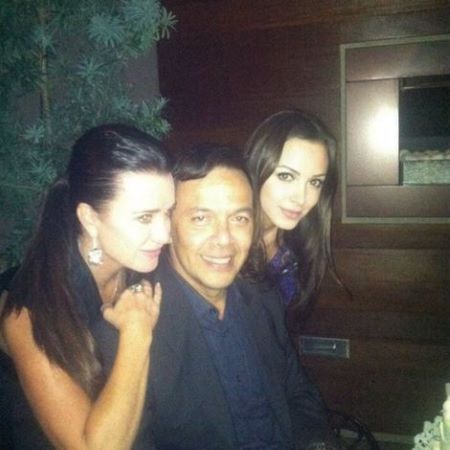 Guraish Aldjufrie with his daughter, Farrah.

According to his daughter, Aldjufrie is the shyest, sweetest, nicest, and cutest person in the world. Moreover, he is quite secretive and prefers to keep his private details under the radar. He only has one daughter, Farrah.

Guraish Aldjufrie was married to his former lover, Kyle Richards. The couple tied the knot in the back in the year 1988 when Kyle was just 18.

The former duo is the proud parents of their one daughter. They welcomed their first child, Farrah Aldjufrie on October 31, 1988.