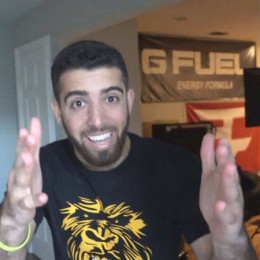 FaZe Apex is a famous American Youtube Star and Social Media Personality. He is best known as a Co-Leader of the Call of Duty. Apex is particularly renowned for his expertise on trick-shots and has also taught a number of young players how to do 720 instaswaps. He gains huge fame from his gaming videos, which he uploaded on his YouTube Channel.

Faze Apex was born Yousef on June 20, 1996, in California, the USA under the birth sign of Gemini. He is American and belongs to the White-American ethnicity. He has an elder brother.

Apex started uploading gameplay videos on his YouTube channel since his early days. In 2008, he uploads his first music video, he played Call of Duty and went by the username, Atrocity HD.

Thomas Oliveira formed the Faze Clan in collaboration with Faze Resistance and Faze Housecat. Currently, he is the co-owner of the enormously popular, Call of Duty sniping clan, Faze Clan and also has his own clothing line.

As of 2018, Apex has more than 4.7 million subscribers on his self-titled channel, FaZe Apex and has more than 871 million viewers.

Faze Apex is possibly single at the moment but previously he was in a romantic relationship with his girlfriend Adrianna Scaley for about 2 years. These two used to make a video together on YouTube. These two broke up in September 2016 after Alex found out that Adrianna was cheating on him.

Apex has two nephews whom he refers to social media as FaZee Baby and FaZe Baby 2.0. He even posted photos of them on his Instagram which has more than 2 million followers.

Faze Apex has an estimated net worth of $1.1 million which he accumulated from his clan and social sites. He earned $787-$12.6k monthly from his YouTube channel. Similarly, his annual salary is $9.4k-$151k.

In 2016, Faze Apex uploads a video on his channel titled, 5 years in FaZe Clan Montage which is viewed more than 2.4m times on YouTube. Check out the video,