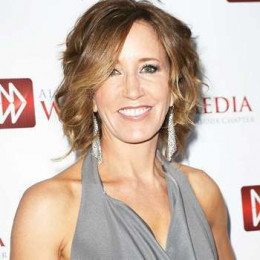 Felicity Kendall Huffman is a movie actress, stage and television personality who has been notably known for appearing as Lynette Savo in the ABC comedy-drama 'Desperate Housewives' from 2004 to 2012. She has also appeared as Dana Whitaker in Sports Night as well as in the film 'Transamerica'. She was born in Bedford, New York and attended New York University.

Felicity Huffman was born on December 9, 1962, in Bedford, New York, the USA to  Grace Valle (née Ewing) and Moore Peters Huffman (1910–1987). She was raised in a wealthy family along with her six sisters, Mariah, Betsy, Grace, Isabel, Jessie, Jane (1949–2013) and a brother, Moore Jr. She was just a year old when her parents had divorced, so, she mostly raised by her mother.

Huffman holds American nationality and she has  German, English, Scots-Irish, Scottish, and French-Canadian ancestry. She attended a private boarding high school, The Putney School in Putney, Vermont. She graduated from  Interlochen Arts Academy in Michigan in 1981.

Then she went to New York University, Circle in the Square and the Royal Academy of Dramatic Art in London, England.

Felicity Huffman made her stage debut in 1982 as a  rule on stage productions. In 1998, she debuted on Broadway in David Mamet's play Speed the Plow. She received  Obie Award for her performance in The Cryptogram.

Huffman made her silver screen debut in 1998 with a minor role in Mamet's film Things Change. Then she appeared in numbers of films like The Heart of Justice (1992), Hackers (1995), Harrison: Cry of the City (1996) and The Underworld (1997). In 1991, she entered into television industry with the TV mini-series, Golden Years. 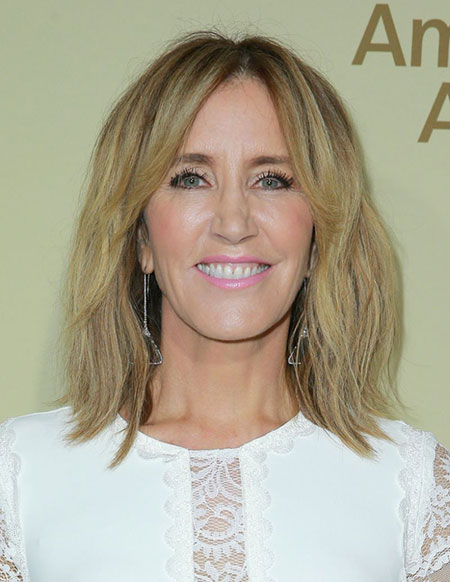 Huffman starred in the critically acclaimed series Sports Night where she played the role of Dana Whitaker for which earned  Golden Globe nomination. Then she cast in the ABC comedy series, Desperate Housewives for which she won an Emmy Award and two Screen Actors Guild Awards.

Some of her screen credit includes Rudderless,  Big Game, Cake, Stealing Car, Zendog,  Krystal, American Crime,  Phoebe in Wonderland, Transamerica and others. She also co-author the book, A Practical Handbook for the Boyfriend. In 2012, she launched a website named What The Flicka to dedicates the woman and mothers.

Felicity Huffman is one of the successful Hollywood actresses. She has an estimated net worth of $20 million. She was the cast member of Desperate Housewives from 2004-2012 and she earned $400k per episode form the series.

Some of her hit movies are enlisted below,

Felicity Huffman married the actor, William H. Macy on September 6, 1997. The duo was in an on-and-off relationship for 15 years before their official marriage. The duo was blessed with two daughters, Sophia Grace (born on December 1, 2000) and Georgia Grace (born on March 14, 2002). The duo was the most loved couple of Hollywood and received a star on the Hollywood Walk of Fame on March 7, 2012. 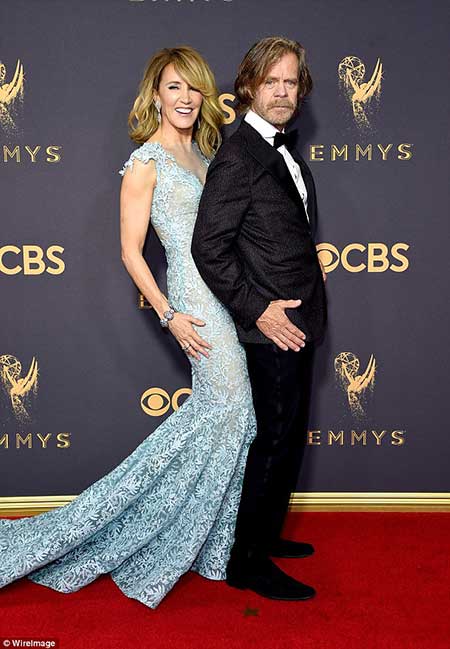 Huffman called herself pro-choice and she has campaigned for women's rights on behalf of NARAL. In 2005, in an interview, Huffman revealed she was suffered from both anorexia and bulimia in her late teens and twenties.

She shares a good bonding with the actress, Patricia Wolff. She has a huge childhood crush on Henry Winkler.

William H. Macy, who is an actor, is the husband of Felicity and they have together acted as a couple on several films and shows.

Sophia is the first daughter of Macy and Felicity.

Georgia is the second daughter of Macy and Felicity.