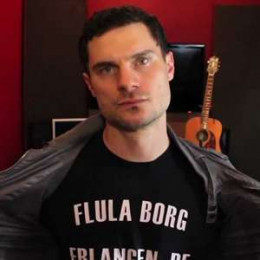 Flula Borg, a German DJ, actor, engineer, and YouTube personality, is best known for his appearnce in Pitch Perfect 2. In 2015, he ranked one of The Hollywood Reporter's Top 25 Digital Stars.

Flula Borg is possibly single at the moment. He is quite ambitious and hardworking which might be the reason, he is more focused on his career than anything else.

Flula Borg holds an estimated net worth of $2 million.

YouTube channel was once ranked at number 69 and had been placed at the New Media Rockstars’ Top 100 Channels. He appeared as a co-leader of the Das Sound Machine in the show.

In digital media, Flula has been known for the videos that he posts online. His channel has more than 785k subscribers. The views on his channel are over 80 million and most of his career credits have come from his internetwork.