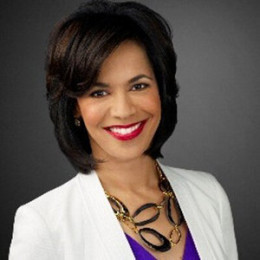 An American news anchor, Fredricka Whitfield is currently married to John Glenn. She was born to Mal Whitfield and Nola Whitfield. Fredricka graduated from Paint Branch High School in Burtonsville, Maryland in 1983 and received her bachelor's degree in Journalism from Howard University’s School of Communications at that time she used to serve as a news anchor for campus radio station WHUR. She hosts the weekend daytime edition of CNN Newsroom. Fredricka has reported the devastating Asian tsunami and also reported from the Persian Gulf region during Operation Iraqi Freedom.

Fredricka Whitfield was born on 31 May 1965 in the United States. She studied at Paint Branch High School in Burtonsville, Maryland.

She received a bachelor's degree in Journalism from Howard University's School of Communications in 1987.

Before joining CNN, Whitfield worked as a correspondent for NBC News.

Fredricka faced for controversies like her unexpectedly hostile interview with Joan Rivers, and for her referring to the shooters of Dallas police in 2015 as "brave and courageous".

Whitfield has an estimated net worth of about $5 million as of December 2018.

Fredricka is married to Director of Photography John Glenn.

She is the mother of three children, a son who was born on January 2005 but she has not mentioned his name on social pages and fraternal twins in November 2012, daughter Nola Amanda Glenn and son Gilbert James Glenn.

Her father, Mal Whitfield died on 18 November 2015. He was an Olympian.

Fredricka is married to Director of Photography John Glenn. She is the mother of three children

She is the mother of fraternal twins in November 2012, daughter Nola Amanda Glenn .

She is the mother of fraternal twins in November 2012, Gilbert James Glenn.