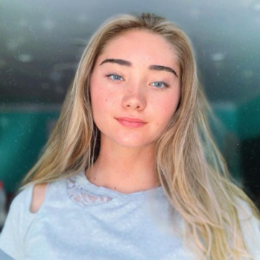 An American social media personality Gabby Murray is able to win the hearts of people with her outstanding lip-sync videos on her TikTok account named gabby_murrayy. She formerly created videos on Vines. Furthermore, a Florida native uploaded her first lip sync set to Drake's "One Dance" on Funimate.

Dating Her Boyfriend Since Long

Gabby Murray is in a relationship with her fellow TikTok star Pat Sewell. The two officially began dating in February 2017. They are open about their relationship since the start and never hesitate to talk about it on the public. 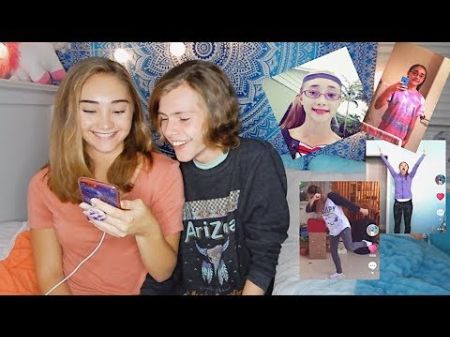 Pat often appear on the YouTube videos of his girlfriend Murray. In collaboration with Pat, Murray uploaded reaction videos of her TikTok videos and Instagram photos on YouTube. Furthermore, they also make TikTok videos together. The duo is happy to be part of each other's life. 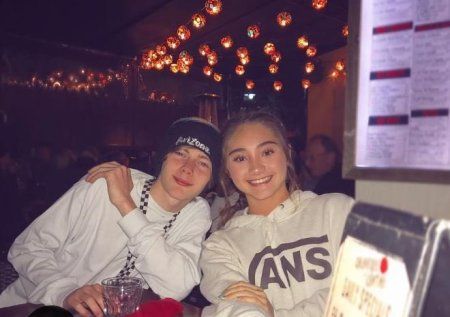 So, are they separated? Well, the answer to this question is No! The pair probably deleted the pictures to stay away from unwanted rumors and controversies. Well, they still share an unbreakable bond.

Apart from this, Murray also shares a good relationship with her male as well as female friends. She often spends quality time with them and further makes collaborative videos on YouTube and TikTok.

Her Career In Social Media

The 18 years old rising star, Gabby Murray, was formerly active on Vine, which was shut down in 2017. After that, she created her TikTok account named gabby_murrayy. She soon gained wide fame among people for her outstanding lip sync videos. 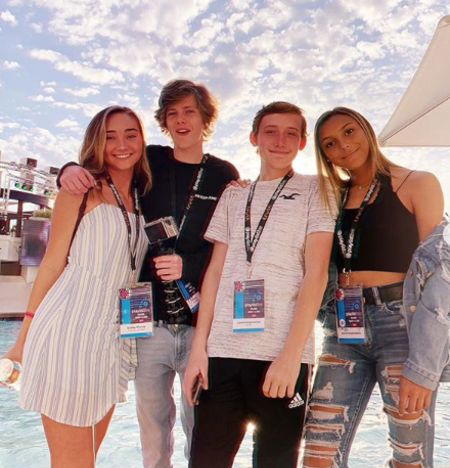 Gabby Murray with her boyfriend and friends SOURCE: Instagram (@gabby_murrayy)

Gabby Murray makes a good income as a social media personality. She is a rising TikTok star, YouTuber, as well as an Instagram star. On average, a top TikTok star makes an annual income of around $46,000.

Murray also advertises different products of several companies for which she probably receives good paycheques. Earning a hefty sum of money from her social media platforms, Murray holds a good net worth of around $250,000, which is equal to that of another TikTok star Alyssa McKay.