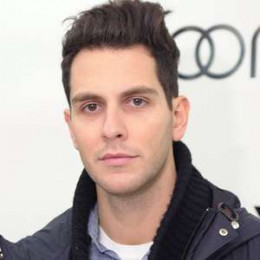 Gabe Saporta, born in Montevideo, Uruguay, is an American entrepreneur and a musician. He moved to New York with his family at the age of four. Gabe was inspired by the punk rock bands since his childhood. He was greatly influenced by the bands such as Gorilla Biscuits, Pavement, and Fugazi. Gabe joined the band Humble Beginnings at the age of 16 which was his first band.

Gabe Saporta joined the band as a bass player. Later, he formed his own band "Cobra Starship" and started touring after 2007. In 2010, Gabe became the major focus of the MTV's show "When I was 17". He has been involved in several shows including VMA's, EMA's and BBC's radio show. Besides music, he is also interested in real estate, fashion, and restaurants. Gabe has a degree in philosophy and political science as well. He is married and has a son.

Erin Fetherston is an American designer based in California. They married after dating for 3 years. They have a son together but there is no information about him.