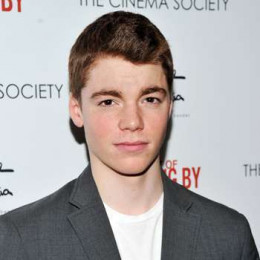 Louis Gabriel Basso III is a film and television actor, who is famous for portraying in the Showtime television series The Big C, the 2011 science fiction film Super 8 and the 2013 coming-of-age comedy-drama film The Kings of Summer. He appeared in his first two feature films, Meet Bill and Alice Upside Down, in 2007. He is the proud son of Marcia Basso and Louis J. Basso

Talking about his personal life, he is yet a bachelor but he might have some plans of marrying someone pretty and talented with whom he can live rest of his life with happiness and joy. Actually, he has stayed a bit of low profile when it comes to his personal life. As he is so charming and popular, he probably might have dated few gorgeous ladies in his past days, but there is no record of it.