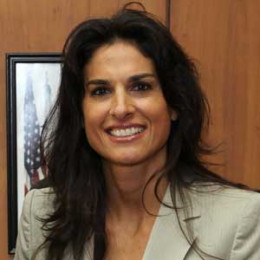 Gabriela Sabatini, a former tennis player, won her first tournament at the age of 8. She was the youngest player to win the Orange Bowl at the age of 13 and was ranked as the World No.1 Junior player. For her performance, Sabatini was drafted into the International Tennis Hall of Fame. Besides being a player, she has also published an autobiography named "My Story."

Gabriela Beatriz Sabatini, known as Gabriela Sabatini, is an Argentine former professional tennis player, born on 16 May 1970 in Buenos Aires, Argentina to father Osvaldo Sabatini and mother, Beatriz Garofalo Sabatini. She was raised along with her elder brother.

She began playing tennis at the early age of 6 and won her first tournament at the age of 8. In 1983, she became the youngest player to win the Orange Bowl in Miami, Florida, at the age of 13, with six major international junior titles, including the French Open girl's singles, and ranked as the World No.1 junior player in 1984.

In 1988, Sabatini reached her first Grand Slam singles final at the US Open, where she faced Germany's, Steffi Graf,  a three-time Grand Slam Singles events winner. Unfortunately, Gabriela was defeated.

She was selected to represent Argentina in 1988 Summer Olympics held in Soul and went on to win a silver medal in the women's singles competition. In 1990, Grand Slam Singles final, she again faced Graf in the final of the US Open and this time defeated Graf in two sets. She also won over Graf in the semifinal of WTA Tour Championship but lost the final with Monica Seles.

In the initial stage of the 1995 season, Sabatini reached the semifinals in Sydney, where she faced Mary Hoe Fernandez. In 1994 Sydney tournament, Fernandez defeated Sabatini in straight sets in the semifinal encounter. Finally that time Sabatini won in the straight sets, ending her three-match losing streak against Mary Joe. In the finals, she defeated Lindsay Davenport in two sets, which was the last singles title of Sabatini's career.

Her last professional single's match was on 14 October 1996, when she lost with Jennifer Capriati. She played her last professional match on 19 October 1996, the doubles semifinals in Zurich with Lori McNeil. In 1996, she retired from the professional tour, with the 27 singles and 14 doubles titles wins. In 1989, she reached the highest ranking of the World No.3. In 2001, she won the Diamond Konex Award as the most relevant Sportsman of Argentina and was drafted into the International Tennis Hall of Fame on 15 July 2006.

She is also a businesswoman. In 1980, she launched a line of fragrances with German Perfume Company Muelhns. She has released 19 perfumes, which are for woman, including two scents for men-Devotion and Wild Wind. In 1992, she published a motivational book titled "My Story," a look of her background and the inspirations that led her to became a tennis player.

Sabatini is currently single but has been in several relationships. She was in a relationship with Donald Trump in June 1989 and separated after a month in July 1989.

Sabatini then had an affair with Frank Unkelbach, a German Business Professional from November 1989 and separated in May 1990. Later, she dated Ricky Martin, a Puerto Rican singer from May 1992 and separated after five months on Oct 1992. In 1999, Sabatini was rumored dating Leo Montero, an Argentinean TV Personality but was not confirmed.

She is not married yet. Gabriela says that she didn't want to have a boyfriend anymore and focused on her career only. There have been rumors in media about her sexual orientation as she was seen with her girlfriend many times enjoying vacations but has not Sabatini has not addressed the rumors yet.

Sabatini has earned a good amount of salary in her professional career. As of 2022, her net worth is estimated to be around $8 million. Besides, in 2017, she put her luxury house on sale for $2.89 million.