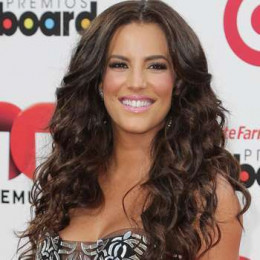 Gaby Espino is a Venezuelan model, actress and as well as presenter. She is better known for her role in telenovelas. Her parents are a publicist and chemical engineer. She is the eldest child of her father and mother. Unfortunately, her parents got separated when she was very small. She had started her career since 1996. Before starting her career in acting she had opened her veterinarian due to her love towards animals. But later on, she changes her mind and began studying public relation.

She was married to a Venezuelan actor as well as a model named Cristóbal Lander. Their marriage only lasted for four years. She has one child from her ex-husband.

She gave birth to her first child at the age of 30 years from her ex-husband.Her first child is a daughter. Her daughter's name is Oriana Lander Espino.