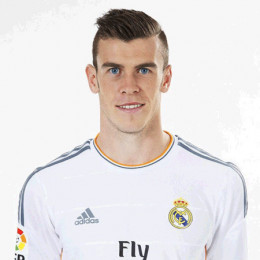 A Welsh professional footballer who plays as winger for Real Madrid and also for Welsh national team squad. He is son to Frank Bale and Debbie Bale. When he was just nine years old he gained attention of Southampton. He started his professional career by playing for Cardiff Civil Service Football Club. He attended Whitchurch High School. When he was just 16 years old he helped his school's team of under-18 side to win the Cardiff & Vale Senior Cup. In 2007 he was signed four-year deal with Tottenham Hotspur. He won numerous awards like PFA Young Player of the Year, PFA Players' Player of the Year and the FWA Footballer of the Year awards while he was in Tottenham Hotspur. He is one of the most expensive player in the world when Real Madrid paid about $135 million for his transfer to the club in 2013.

Exploring his personal life he has not married yet but that doesn't mean he is single and available. Sorry girls but currently he is in relationship with his longtime high school sweet heart. After being so much popular he has not once involved himself in any kind of affair which proves that he is very much committed to his girlfriend. Together the couple is blessed with one beautiful daughter.

She is the only child of the family. She is very beautiful. She was born in University Hospital of Wales.