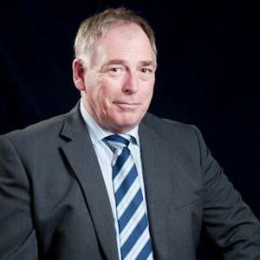 Garry Chalk, a British-Canadian actor, is known as an actor and a voice actor. He started his career in professional theatre since 1978 and appeared on several theatres like the Arts Club Theatre Company and the Vancouver Playhouse Theatre Company. Garry appeared in the stage production of "A Funny thing Happened on the Way to the Forum" as Mile Gloriosus and has also appeared on "As You Like It" and "Henry IV".

Garry Chalk's credits are not only limited to theatre, but he has also built his career in film and television. His major works as voice actor include the series 3-2-1 Penguins!, Beast Machines: Transformers – Optimus Primal, Billy the Cat, Dinosaur Train, Double Dragon, Extreme Dinosaurs, etc. His works in television include Cedar Cove, Cold Squad, The Killing etc. Garry is married to Colleen Nystedt since 2013.

Colleen Nystedt is a film producer. They are married since 2013. As of now, there are no signs of their separation.