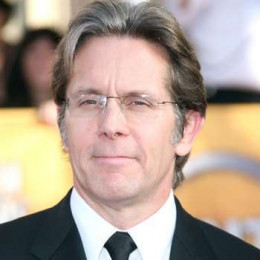 Gary Michael Cole is an actor and voice artist, noted for his roles in the film, Office Space and Disney's Kim Possible. He started his professional career as a stage actor at the Steppenwolf Theatre Company in 1985. Till now h has appeared on several TV shows including True Blood and Chuck and films like One Hour Photo, The Brady Bunch Movie, Office Space, Dodgeball and Talladega Nights: The Ballad of Ricky Bobby

Moving on to his personal life, he is happily married man and is a proud father of an adorable daughter. Since the year 1992, he has been enjoying his marital relationship with his beloved wife who by profession is an actress. The couple seems to have a great bonding and mutual understanding with one another so there is no point on talking about their divorce.

An American actress Teddi is the one and only beloved wife of Cole. The two are married since 1992.

She is the only child of Gary and his wife, who currently is pursuing her acting career.