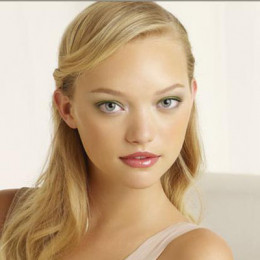 Gemma Louis Ward, born to Gary Ward and Claire Ward in Perth, West Australia. Her father was a doctor and mother was a nurse by profession. She is the second child among her eldest sister and younger twin brothers. Her older sister Sophie is also a model and her twin brothers are Oscar and Henry. In 2003, Gemma made her modeling debut at the Australian Fashion week at the age of fifteen.

Gemma has taken modeling and acting both together and active in both her careers. In early December, Gemma gave birth to her daughter Naia Letts, with her partner Dave Letts. The couple welcomed a son in January 2017.

She ruled over the runways in the 2000s before she took a break from the modeling industry after struggling with mental illness. She talked to W Magazine in 2018 and stated that she's finally ready to return to modeling after recovering from depression and anxiety.

She rose to fame playing in the 2007 Australian movie The Black Balloon. In addition, she also famous for her roles in the film The Strangers (2008) and Pirates of the Caribbean: On Stranger Tides (2011).

Famous model and actress Gemma Ward gave birth to her first child Naia Ward with her partner David Letts. The couple had their child in Hawaii and Naia means dolphin in Hawaiian.