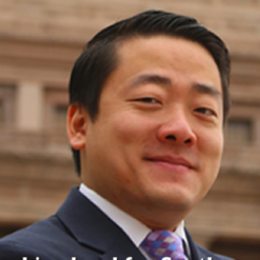 Gene Wu is a Chinese-American politician and attorney. More than that, he is famous as a Democratic member of the Texas House of Representatives since 2013. The Guangzhou native was previously a prosecutor for Harris County.

Gene Wu shares a happily married life with the ABC13 news reporter Miya Shay since August 2012 at the Bob Casey Federal Courthouse in Houston. Judge David Hittner of Federal District Court for the Texas Southern District officiated the marriage of Wu and his wife. 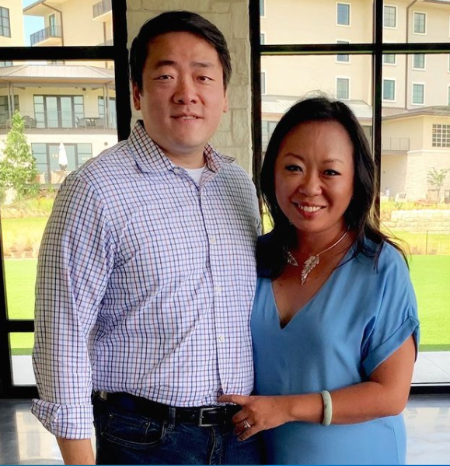 A few days later, at Villa Verano, a vacation rental in Puerto Vallarta, Mex, they celebrated a simple ceremony where Lyanna Johnson Smith helped the couple with the marital vows they had written. Smith, a United Methodist seminarian is a friend of the groom. 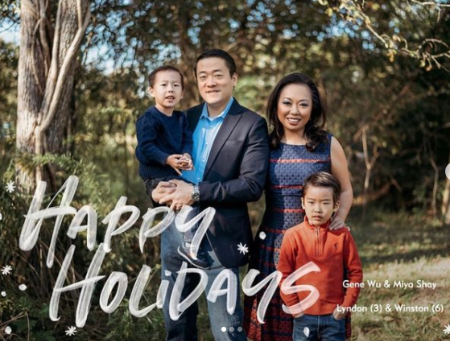 Speaking of his family, Wu shares two children Winston Wu and Lydon Wu, with his wife, Mia Shay. Gene Wu seems to be a proud father to his two kids as he does not lag behind showering love and concern for his kids and his wife, Miya Shay on social media.

Gene Wu, an Asian-American politician, has summoned a colossal net worth of no less than $100,000 from being a Texas House of Representatives member. He receives a payroll of $38,140 to $45 340 per anum.

Followed by his graduation, Wu became the Chief Clerk for the Texas Legislature. Wu also tutored at-risk youths in the Grad Lab and Twilight programs at Sharpstown High School.

Before that, he served as a mentor for adults with the nonprofit, Skills for living. As a philanthropic personality, the 43-year-old works as a volunteer. and for the past five years, he has been the trainer for Neghborgood Centers Inc.

Shay's partner even conducts monthly workshops where he helps people become eligible United States citizens. The father of two currently serves as the Present of the Houston 80-20 Political Action Committee and a Board member for OCA Greater Houston.

Gene wu is happily married to their wife Miya Shay for nine years, They share two handsome sons together,

Winston Wu is the first child of Miya Shay and Gene Wu. He is aged 8-9 years, Winston has a younger brother Wynton.

Wynston Wu is the second child of Miya Shay and Gene Wu. He was born in 2016, Wiston has an elder brother Lyndon.