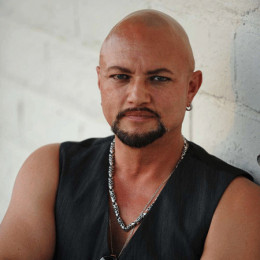 He is a singer and musician, best known as the vocalist of the metal band Queensr˙che. His birth name is Jeffrey Wayne Tate. In the Hit Parader's list of the 100 Greatest Metal Vocalists of All Time, he was ranked 14 and was placed 9th on 2015 OC Weekly's list of the 10 Best High Pitched Metal Singers. For "Voice in Progressive Heavy Metal", he received the Vegas Rocks Magazine Award in 2012. He is the son of Ella and Perry.

As per the record, till now he has been married twice. His first marriage lasted almost for six years. His first wife was the one who inspired the lyrics to "Jet City Woman". Since March 1996, he has been enjoying his second marriage. He has total four daughters: one from his past affair, one is a stepdaughter and two are from his marriage. In his past days, he had been a part of lots of controversial issues.

She is the first wife of Geoff, whose personal details has not been disclosed to the media yet.

She is the second and current wife of Geoff. The couple has a great chemistry and is often spotted together.

She is the first daughter of Geoff. Her mother is one of Geoff's girlfriend whose personal details has not been disclosed to the media.

She is the second daughter of Geoff, who was born safe and sound.

She is the step daughter of Geoff. She now is a mother of child named Riot Danger.