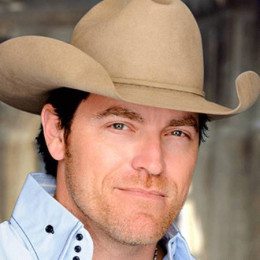 A Canadian country music singer who has already won nine Canadian Country Music Association Awards during 2004-2011. Before he was musician he used to work as a slaughterhouse beef inspector. Later he left the job and competed in Nashville Star 2 in order to pursue his career in music. After he released his first album, One Good Friend, he earned tremendous popularity for which he was awarded a Juno Award for Best Country Recording of the Year. Beside as musician, he has also starred in as an actor in movies and on television like Man of Steel, Christmas Miracle, and Dawn Rider.

George Canyon is a happily married man. He tied the knot to his girlfriend turned wife Jennifer Canyon in 1994 in a private ceremony attended by families and friends.

My post wouldn’t work yesterday so I am trying again today .... wishing Happy Mother’s Day to my beautiful wife ... best MOM in the world

His wife moreover always has been very supportive to him. In an interview, he told, at the starting of his musical career his wife used to do three jobs during the day so that he could sing at night. By that fact we can guess they are leading happy married life.

The husband-wife couple further shares two children together. They kept their children far from the limelight and media.

George Canyon has the net worth of around $10 million. He makes the fortune from his music career. Moreover, he has also acted in some movies and TV series from where he might also collect a good amount.

She is a very beautiful woman. After having long-term relationship they got married, she has given birth to two children.