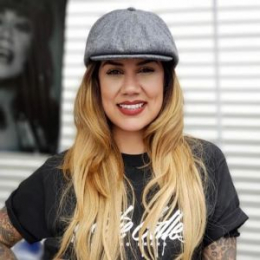 Tried Toledo is an R&B singer who gained success at a short time. Her songs such as 'Dry Your Eyes', 'Make It With You', 'Darling Baby' are already a fan favorite. At present, she is busy doing a tour across the USA.

The R&B singer Trish Toledo is currently in a relationship with Tattooer Danny Perez. The couple is together for five years details and they are public about their relationship. They regularly post pictures of one another in their respective social media sites. 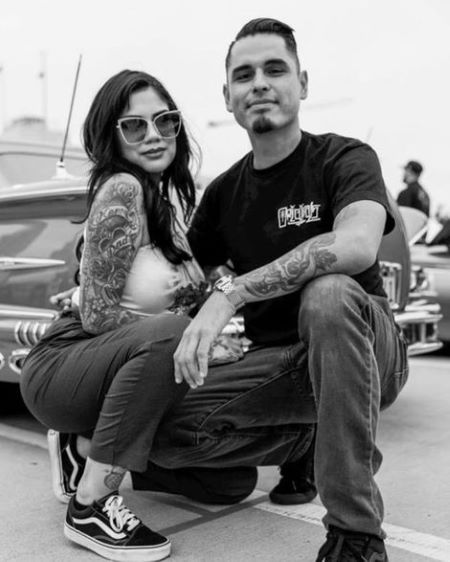 Trish is frequently traveling because of her profession and her partner is also busy with his own career. however, the couple makes time for one another and tries to spend as much time as possible with one another.

Thanks for flying out at the very last minute with us @dannyxperez Love havin you by my side! Great times @almawestfestival Huge thank you to everyone who came out to support! Love y’all

The singer is currently enjoying her relationship with her partner without any affairs rumors. However,  the couple is yet to take the big decision on their relationship. There are no wedding or engagement rumors of the couple as of now.

The couple do not share any children as of now, but Trish has a teen son named Ivan Gonzalez from her previous relationship. She is open about her child and regularly posts pictures of him on her Instagram.

Thank you Ivan, for being the best child that any mother could ever ask for! You are the reason I can not give up! Thank you for reminding me everyday that I have a very important role on this Earth! Everything I do , I do for you! Your beautiful kind heart lets me know that I have done something right! I thank GOD EVERDAY for putting you in my path and blessing me with you ! I love you so much baby boy!!! In the end, it’s just you and I!! Happy Mother’s Day to all you ladies out there ! I do love you . Thank you all for the “Happy Mother’s Day” DM’s and Text messages. Y’all made me wanna come out and celebrate.

Trish is yet to talk about her son's father,  however, she opened about being a mom. She stated that she got pregnant when she was just a teen. Though she was interested in singing from a young age, she did not pursue singing and focused on raising her child. Furthermore, she only started her musical journey because of his son encouragement.

What is Trish Toledo's Overall Net-worth?

Trish Toledo's overall net worth is $250 thousand - $500 thousand which she earned through her singing career. On average, a singer in the USA earns $48.26 per hour and the pay can increase up to $120.95 depending on the popularity of the singer.

The soul singer Trish produced her original songs and puts them in different audio sharing platforms such as Spotify, Pandora, and Soundcloud. She earns through royalties gained from these sites. For instance, she earns $0.01682 per play in Pandora and $0.00437 per play in Spotify.

Trish furthermore is a fan favorite and thus performs live at different stages. She is in fact going on Tour from July- August. The ticket price for her show is $20.

Trish, in addition to that, owns a merchandise line. She sells T-shirts, CDs and autographed posters through that line. The price of these items ranges from $9- $30 depending on the product.

Happy Saturday y’all! If you have no plans,Come catch me doing my thang tonight @originalmikes! 21+/ $10 cover ! See ya soon Up At 11:30! Oh and I have new merch available too!

Trish has a son through her previous relationship. She got pregnant when she was just a teen.