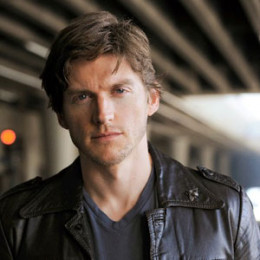 Gideon Emery is an English actor, singer, and voice-over artist. He has provided a voice for World of Warcraft and a number of other characters and audiobooks as well. Emery is well known for his major role as Deucalion in Teen Wolf (2011) and his namesake Gideon in Call of Duty: Advanced Warfare (2014). Besides, he also obtained exposure on Not Quite Friday Night in 1995 as one of the core artists.

Gideon Emery was born on September 12, 1972, in Winder, United Kingdom. He was raised up as an only child. His parents worked as a management adviser and competitive horse rider respectively. As a child, he perfected impressions of Michael Jackson and other celebrities.

Gideon Emery’s family went to Johannesburg, South Africa when he was only four years. After that, he came back to his hometown England and attended Reading Blue Coat School. He actively dedicated his love for acting at St John’s College in South Africa.

During this time, Gideon Emery also honored with Best actor for the character of Mr. Glum in The Glums comedy sketch, L’Engagement. He moved on to study acting at the University of the Witwatersrand, after briefly considering a career in graphic art. Regarding his nationality and ethnicity, he is a White British.

Gideon Emery began his acting career in 1997 film Great Soldiers as a Bowers. After portraying some remarkable roles in several movies, he appeared in the 2011 movie Blue Crush 2 alongside Elizabeth Jackson and Sharni Vinson.

In addition to acting in the movie, Gideon Emery also appeared in the several TV series and Video games as well.

The handsome hunk, Gideon Emery is a married man. He married his girlfriend Autumn Withers in the year 2015. His wife Withers is an actress and founder of the Hollywood Women's Collective.

Moreover, Gideon Emery and his wife Withers not just love each other but also attend the big events and celebrate the special occasion like their anniversary as well.

The couple still shares the same bonding together even after the years of marriage. The most beautiful thing in life is having someone who stands by us and ready to give an obliging hand in any worst and moments and difficulties. Their married life is a perfect example of that statement.

Furthermore, there are not any rumors regarding their divorce and other marital affairs yet. They also join Stelio Savante in Avalanche.

He presently resides in Los Angeles with his beautiful wife and their dogs.

English voice over artist legend Gideon Emery has earned a whopping amount of net worth from his acting career. Currently, his net worth is $7 million.

Gideon Emery married to his longtime girlfriend Autumn Withers in the year 2015. His wife Autumn is an actress, is famous for her recurring character in dark comedy indie-film Avalanche.