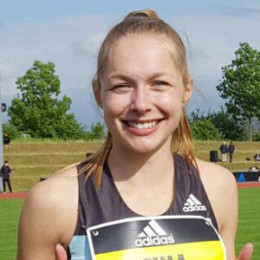 Gina Luckenkemper is a German athlete who competes in track and field in sprints. She first started to represent her country in the international platform since 2012 by participating in the World Junior Championships in Barcelona where she competed in the 200 m sprint race and ranked 14th position. Luckenkemper competed in the 100 meters at the 2015 World Championships in Beijing where she showed her skills and impressed everyone. Later on, she won a gold medal for her country by winning the 200 meters race in sprints at the 2015 European Junior Championships.

Gina Luckenkemper was born on November 21, 1996, in Hamm, Germany. She was interested in sports from an early childhood and was pretty good when it came to taking part in various activities. 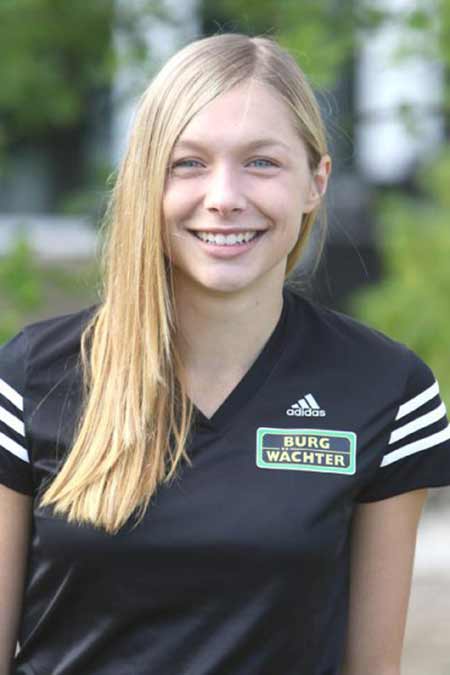 Gina Luckenkemper is professionally an athlete who takes part in the track and field. She represents her country Germany. She started to represent her country in the international platform since 2012 by participating in the World Junior Championships in Barcelona, Spain. Luckenkemper took part in the 200 m sprint race and came in 14th position. Her coach is Ulrich Kunst.

Then in the following years 2013 and 2014 she competed for the same game and ranked fifth and eight respectively. Luckenkemper is perfect in what she does and even won her country a gold medal by winning the 200 meters race in sprints at the 2015 European Junior Championships. Luckenkemper rose to fame after her win and was listed among the best sprinters. 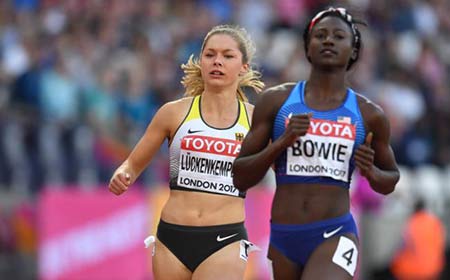 She even participated in the 100 meters sprint race in the year 2015 and also in 2017 at the World Championships. In the 2017 IAAF World Relays that happened in Nassau, Bahamas she stood in the fourth position in the 4 x 200 relay collecting 1:30.68 points. In the national indoors championships, she took part in the 4x200 Meters Relay and 60 Meters, finishing both games in the first position scoring in 1:35.41 min and 7.14 respectively.

Luckenkemper in her career as an athlete has participated in competitions like Olympics, World Championships, IAAF World Relays, European and National Championships. She has won bronze twice in the European Championships at Amsterdam in 2016 in 200 m and 4x100 m relay. In total, she has won five golds and was voted for the sportswoman of the year in 2016. In 2018, she participated in the 60 meters race where she won in 7.11 minutes.

Gina Luckenkemper has an estimated net worth of $0.1 million which she earned from her career as a sportsperson. She makes decent money by competing in various championships.

Gina Luckenkemper is not involved in any relationships at the moment. She is focused on her career and is reaching new heights in her professional career. In one of her posts in her Instagram pictures, she is seen holding hands with a man named Stefan Vogel but he just happens to be her trainer as she hasn't made any post about it afterward.

She stands a height of 5'7 feet and weighs around 57 kilos. She has around 85.5k followers on her Instagram account and she posts cute pictures of herself and also shares pictures from her traveling ventures. Luckenkemper has a tattoo of the Olympics logo on her arm which shows her dedication for the championship. She loves horses.