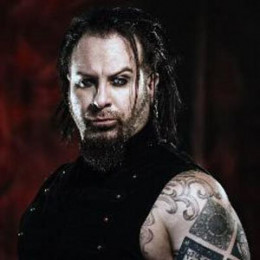 An American special make-up effects artist as well as a designer, Glenn Hetrick is currently single. He is a judge for Syfy series named Face Off. He also owns a company named Optic Nerve Studios and the company has won several Emmy Award for its work. When it comes to his personal life, Glenn has kept information regarding his dating life, affairs away from the media.

Glenn Hetrick was born on July 8, 1972, in Hellertown, Pennsylvania to Deborah Hetrick and Allan Hetrick. He is popularly known as a special make-up effects artist as well as a designer. Glenn graduated from York College of Pennsylvania.

Glenn Hetrick has acted in many movies as well as television series. His popular television series are Buffy, Angel, Crossing Jordan, Heroes, and CSI: NY. Glenn is also a costume designer of Lady Gaga.

He is also the owner of the company named Optic Nerve Studios. The company for its work on Babylon 5, The X-Files and Buffy won Emmy Awards. Besides, it has been nominated in other nine awards as well.

Besides all that, he is also a judge for Syfy series named Face Off, a completion for make-up artists and the winner walking away with $100,000.

Glenn is possibly single right now. He is secretive about his private stuff and he prefers to keep his personal life very low. He may have dated someone, but he has chosen to keep it away from the media.

Hetrick has earned a good sum of net worth from his career. However, he hasn't disclosed his accurate figure but it was believed it isn't less than six figure. He is the owner of a company and works for the various famous artist.