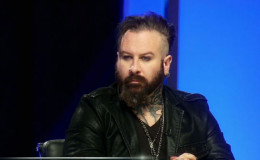 No celebrity can escape from the trap of getting caught in rumors of the gay relationship. The curiosity increases even more among the fans when a particular person resembles it through his/her behavior and personality. Similar is the case of makeup artist Glenn Hetrick who fell in the false hoax of being gay recently.

The special makeup effects artist/designer is also a judge on the show Face Off, whose makeup designs are not the only thing but his recent marital status seem to be perfect too which created a huge gossip among fans after the artist was reportedly called to be gay. How did Glenn manage to smoothen his blissful marriage dodging off the gay rumors? Let's find out!

Glenn Hetrick is married to Michele Monaco who is also a makeup artist. It's their similar profession that brought this duo together. 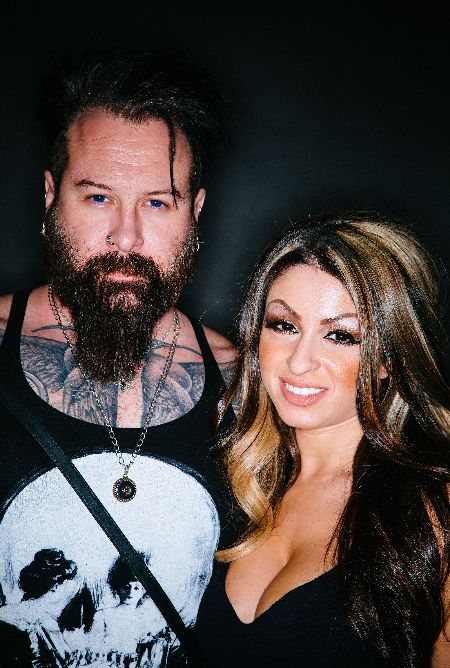 After spending a memorable time together the makeup artists hitched in The Mission Inn Hotel & Spa on 13th May 2017, Riverside California. Still, they seem to be waiting for a perfect moment to cherish over their first child as they don't share a child yet.

The duo moreover did plan their honeymoon trip to Italy, however, because of their busy schedule they still haven't made to Italy.

Although Glenn has admitted their one-year marital relationship as is going with the flow. He stated,

"There really isn’t much in between the work, to be honest. When there’s a little time, Michele and I spend a lot of time with our cats and watching horror and science fiction. When we’re not doing it, we’re watching it. That’s pretty much it. If we find any time other than that, we try to get out for a hike and we hit the gym a lot. We have a gym at the shop and we have one up the street, so trying to squeeze the workouts into making the work."

Michele also expressed how happy she is with their relationship and even posted her feelings towards her love filled life through Instagram.

The first year of their marriage went beautifully as they are known to be sharing quality time together. Let's just hope to see this love-birds together until the very end.

Glenn Hetrick is a graduate of York College, Pennsylvania where he took theatre arts classes. Following the American dreams, he went to Hollywood in 1998 and got employed by Optic Nerve Studios which is a special effects company founded by John Vulich where he worked for four years. 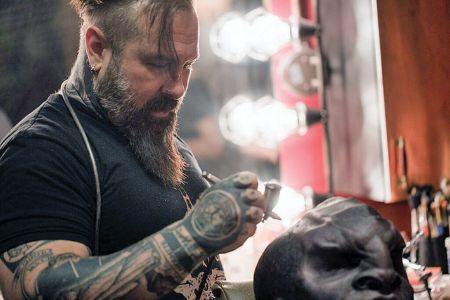 As an Independent Contractor, Hetrick worked in films like Blade II (2002), the 2003 DC Comic The League of Extraordinary Gentlemen, The Chronicles of Riddick in 2004 and the television sitcom Medical Examiners (2004-2007).

Later in 2016, his hard work paid off after he got nominated alongside Neil in 2016 for his work in the film The Hunger Games: Mockingjay – Part 2 which was his first nomination for his work so far, followed by several other nominations.

He did pretty well in his career indeed as tides of artists job landed him in different films even to work as a Costume Designer of the singer Lady Gaga.

As of now, the owner of Alchemy Studios restructured his company giving a new life to it which offers vast services with high digital technology. 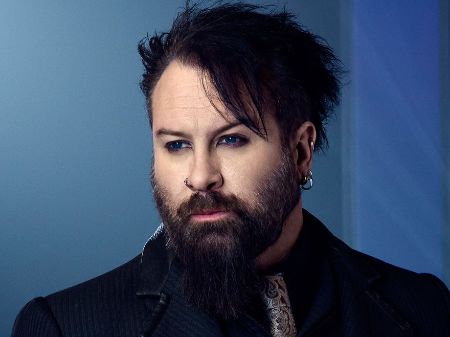