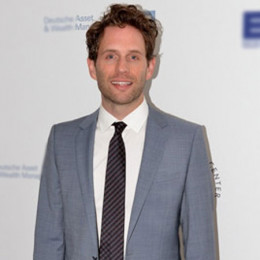 Glenn Franklin Howerton is an American producer and actor, and screenwriter, well recognized for his portrayal as Dennis Reynolds in 'It's Always Sunny in Philadelphia, also the executive producer and writer for the series.

Glenn Howerton was born on 13 April 1976 in Japan. Howerton is the son of, Glenn Franklin Howerton Jr, a fighter pilot, and Janice. He grew up living in different countries like South Korea, Alabama, and London.

He was also a member of a group 29 of Juilliard School's Drama Division from 1996 to 2000 and graduated with a Bachelors of Fine Arts.

In 2002, Howerton portrayed Corey Howard in the ill-fated That '80s Show. He also went on to make a guest appearance on ER as Dr. Nick Cooper in 2003. Howerton had a small role in the movies like Serenity, The Strangers, Two Weeks, and Must Love Dogs.

He has also made an appearance as a nurse in the movie Crank, and enacted the same role in its sequel in 2009, Crank: High Voltage. Howerton decided to be an executive producer on the comedy show Boldly Going Nowhere with his It's Always Sunny in Philadelphia co-creators.

Howerton also gave his voice on the Cleaveland Show as Ernie Krinklesac. He has done recurring roles in the comedy series The Mindy Project, aired via Fox Channel. In 2013, he featured in a comedy movie titled 'Coffee Town.'

Glenn Howerton married Jill Latiano on 8 September 2009. Glenn's wife Jill is an actress recognized for her guest appearance on the 'It's Always Sunny in Philadelphia episode 'The D.E.N.N.I.S. System.'

They have two sons, Miles, born in 2011 and second Isley Ray, born in August 2014. The couple is living a happy life with their children.

Glenn Howerton earns a decent amount of money as an American screenwriter, actor, and producer, as he has made his appearance in various movies like Crank, The Strangers, Happy Wednesday, and television including, That '80's Show, It's Always Sunny in Philadelphia.

Outside, there is a fire/lounge which is between the house and a garage. Glenn bought the house for $1.692 million, about seven years ago.

Glenn Howerton married Jill Latiano eight years ago. Since their marriage, the couple shares two children, and there is no any sign of them getting separated.

Miles is the first child of Jill Howerton and Glenn Howerton.