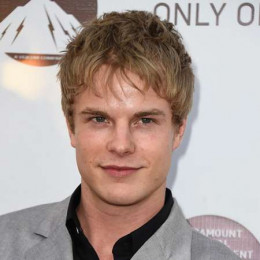 He is a talented actor, well known for his roles as Carson in Careful What You Wish For, Al Jardine in the biopic Love and Mercy, Scott Thomas in the comedy film Struck by Lightning and Caleb Haas in the ABC crime drama Quantico. Hoping to be an actor, he moved to Los Angeles at the age of eighteen and began taking acting classes and since 2009 he is actively working as an actor.

Moving on to his personal life, he is yet unmarried and is single as well. Few years back he was in a relationship with the Pretty Little Liars star. After dating 3 months the couple decided to break up and so he is single since then. After the break up he hasn't been involved in any kind of relationship and other such relevant activities. To stay connected to him we can follow him on Twitter @GrahamRogers_