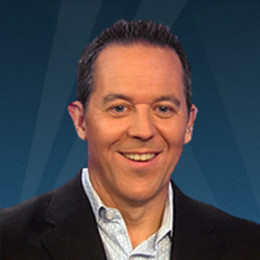 Gregory John Gutfeld is an American multi-talented personality. He is a magazine editor, political satirist, author television personality, humorist, and blogger. His parent’s name is Jackie Gutfeld and Alfred Gutfeld. His parents got separated when he was only 12 years old. He was the host on the FOX News Channel of the show named Red Eye w/ Greg Gutfeld. When he was at his childhood he wanted to be an actor.

Greg Gutfeld was born as Gregory John Gutfeld on September 12, 1964, in San Mateo, California. He is the son of Jacqueline Bernice "Jackie" and Alfred Jack Gutfeld. Greg was raised in Roman Catholic and once was an altar boy.

Greg attended the Junipero Serra High School. He joined the  University of California, Berkeley and completed his graduation in 1987 with a B.A. in English. Later, he went to UC Berkeley from where he started to experience a change in his political thinking.

After finishing his college he had an internship at The American Spectator as an assistant. He then joined Prevention magazine where he served as a staff writer.

In 1995 Greg Gutfeld served as a staff writer at Men's Health and in 1999 he got promoted to editor in chief but after a year later he gets replaced. Later he joined stuff and during his tenure, circulation has increased from 750,000 to 1.2 million.

Even he edited Maxim magazine in the  UK from 2004 to 2006. He was one of the first contributors to The Huffington Post from its launch. Gutfeld has his own blog site, The Daily Gut.

Greg hosted the hour-long Fox News Channel late-night program, Red Eye w/ Greg Gutfeld in the beginning of 2007. He left the show in February 2015 to run a new weekend show on Fox News.

Currently, he is a host of  The Greg Gutfeld Show which also features Katherine Timpf and Tyrus. Even it includes former beauty queen Joanne Nosuchinsky until she left the show in August 2016.

On March 17, 2009, when Gutfeld and his panels discussed Canadian Lieutenant General Andrew Leslie's statement that the Canadian Armed Forces may require a one-year "synchronized break" once Canada's mission in Afghanistan ends in 2011.

The statement creates a huge controversy, as a result, he apologizes,

"I realize that my words may have been misunderstood. It was not my intent to disrespect the brave men, women, and families of the Canadian military, and for that, I apologize."

Greg Gutfeld is a married man, he exchanged a vow with Russian model Elena Moussa a long time back. The duo first met in London, where he lived for three years.

Once he was rumored to be gay but at the end, it turned out fake news. In 2012, he resides in New York City with his wife. The duo hasn't any children. They are together since 14 years and there is no sign of their separation and divorce.

The popular television personality has amazing net worth same like his career.

He's salary is $2 million and total net worth is about $4 million including his earning from his shows, articles, and books.

He is married to a Russian girl. He met his wife in London. He is happily married and has no child.