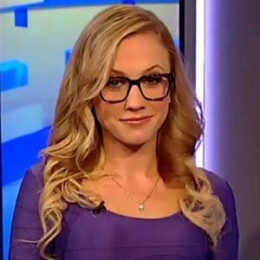 Katherine Clare Timpf was born on October 29, 1988, in Detroit, Michigan, United States, to Anne Marie and Daniel M. Timpf. She holds an American nationality and holds mixed ethnicity of German and Polish.

Katherine worked for The Washington Times as a digital editor and also worked as the news anchor for NASA’s Third Rock Radio. She has appeared in several television shows in her career including; America Live with Megyn Kelly, Fox, and Friends, On the Record with Greta Van Susteren, Red Eye, Stossel, The Nightly Show with Larry Wilmore and much more.

Currently, Timpf has started a weekly podcast ‘The Kat Timpf Show' where she talks about random subjects to the guest and reveals a lot about her personal life in the show.

Despite that, she is a well-known comedian too, she has featured on the morning drive radio show on Baltimore’s 98 Rock. Similarly, she contributed to publications such as; Investors, Business Daily, Orange County Register, and The Washington Times.

Timpf joined the Fox News Channel on May 1, 2017, and co-hosts the new afternoon show called Fox News Specialists. She runs show along with  Eric Bolling and Eboni Williams.

In addition, she provides political commentary to FNC’s The Greg Gutfeld Show and across FNC’s primetime and daytime programming.

Katherine is possibly single at the moment but priorly she was in a romantic relationship with her college friend Blake but the duo broke up due to some of their personal issues.

Even, she was linked up with Joel Pavelski as they shared their numerous pictures on social sites. However, she cleared the rumors through her tweet,

"Yes, I am looking for a husband that micromanages my face’ and ‘I wish I had a boyfriend so I could force him to clean the litter box right now.’'

Timpf is quite secretive regarding her salary and net worth and that might be the reason she hasn't revealed her exact salary but her net worth is estimated around $3 million.