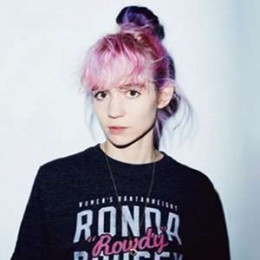 Juno Awards winning songwriter, record producer, and music video director, Grimes is of Quebecois and Ukrainian descent. Her debut album ' Grimes, Geidi Primes', a concept album inspired by the Dune series, was released on cassette in 2010

In 2006, she moved to Montreal to study neuroscience and philosophy at McGill University, with a minor in Russian language studies. On 24th May 2015, Grimes announced via a series of tweets to her fans that her upcoming album will be "surprise" released sometime in October. On 2nd February 2017, she premiered on Tidal the high budget futuristic music video of "Venus Fly", starring herself and Janelle Mon�e. On 17th December 2013, she posted to her Tumblr that she had employed the services of Jay Z's management company called 'Roc Nation'. In the summer of 2015, Grimes toured with Lana Del Rey for several of her Endless Summer tour dates. Grimes won the 2016 International award at the Socan Annual Awards and the 2016 Harper's Bazaar Musician of the Year Award in October. On 5th October 2016, Grimes with a friend and collaborator Hana Pestle, more commonly known by stage name HANA, released "The AC!D Reign Chronicles," along with a series of seven music videos. On 8th March 2015, she released a self-directed video for a demo from the abandoned album, "REALiTi", which received critical acclaim from music critics, being named Best New Music by Jenn Pelly from Pitchfork, calling it the "best new Grimes song since Visions.

In early May, the Canadian singer, Grimes welcomed her first child, a son with her boyfriend, Elon Musk, whom she began dating in 2018. Her boyfriend was the one to share the happy news on Twitter with fans along with a couple of pictures with their child. 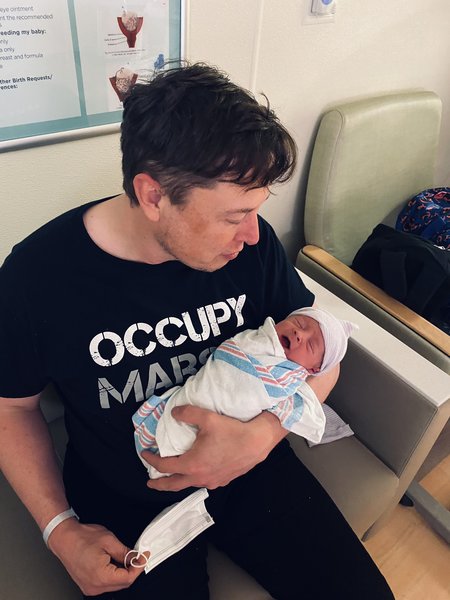 Grimes only announced her pregnancy news with her fans on January 2020 and later shared that her pregnancy experience was bittersweet. Grimes also doesn't want to identify the gender and other identities of her kids.