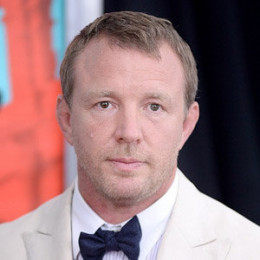 Guy Ritchie is a producer, director, and writer who specializes in crime and action films. His feature debut, Lock, Stock and Two Smoking Barrels, and his second film, Snatch, have developed wide followings. His other films include Revolver, RocknRolla, and Sherlock Holmes. He is the second of two children of Amber Parkinson and Captain John Vivian Ritchie. When he was 15, he was expelled from Stanbridge Earls School because of cutting class and entertaining a girl in his room.

He has been married twice throughout his life. His first marriage to a pop icon ended in divorce after eight years of their togetherness. Then for the second time, he recently married an English model and the couple is living together. From all the relationships he has a total of five children. So currently the guy is busy in balancing his personal and professional life and taking care of his children.

Guy Stuart Ritchie was born in Hatfield, Hertfordshire, England. His parents are John Vivian Ritchie and Amber Parkinson. His father is a former British Army personnel and advertising executive. He has two siblings, an elder sister named Tabitha Ritchie and a half-brother named Kevin Baynton.

Ritchie went to the Stanbridge Earls School, a specialized school that taught students with dyslexia in Romsey, Hampshire. He later got expelled and went to the Sibford School in Oxfordshire.

Ritchie initially directed commercials before directing his first movie, a short 20 minutes film in 1995 titled The Hard Case. He then directed his first feature film Lock, Stock and Two Smoking Barrels (1998). His other notable movies include Snatch (2000), Revolver (2005), RocknRolla (2008), Sherlock Holmes (2009), and its sequel Sherlock Holmes: A Game of Shadows (2011).

Ritchie married the American pop sensation Madonna on 22nd December 2000. The ceremony was held in private at the Skibo Castle in Scotland. The couple was blessed with a son named Rocco John Ritchie who was born on 11th August 2000 in Los Angeles.

The couple later adopted a baby boy in 2006 named David Ritchie who was born on 24th September 2005. However, the bond between the pair did not last long. Madonna eventually filed for divorce from Ritchie in October 2008, citing irreconcilable differences. The pair separated in 2008.

On 15th December 2008, Madonna's spokeswoman announced the singer had agreed to a divorce settlement with Ritchie, the terms of which grant him between $64 million to $77 million. The figure included the value of the couple's London pub and Wiltshire estate in England.

Meanwhile, the former couple issued a joint statement calling the previous announcement to be "misleading and inaccurate" as they claimed the settlement has remained private.

The divorce was made official by District Judge Reid at the clinical Principal Registry of the Family Division in High Holborn, London. The pair decided to co-parent the kids as they divided the children's time between Ritchie's London home and Madonna's in New York. 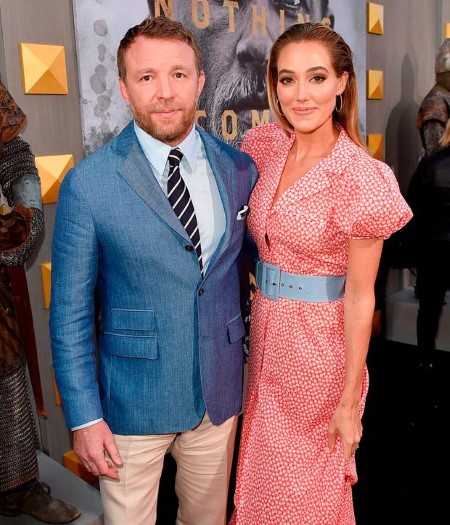 Guy Ritchie has a black belt in both Shotokan, Judo, and Brazilian Jiu-Jitsu. He had started training in Shotokan karate at the age of seven at the Budokwai in London.

Guy Ritchie has an estimated net worth of $150 million. He made most of his fortune with his career as a filmmaker, director, and screenwriter.

In late 2008, his representatives stated that the divorce settlement provided Ritchie $90 million, the worth of their London bar as well as Wiltshire estate within England.

Guy lives in Los Angeles in his house worth $18 million. Meanwhile, he owns a Range Rover as his normal ride.

In the very first time he got married with Madonna after his long time affair and he also used to take Madonna out mentioning as his girlfriend after they got married in 22 December 2000 they started having many of the conflicts in their married life and that result to get them divorce in 21 November 2008 officially.

He again got married with having second wife as Jacqui Anisley whom he fall into married life in 30 July 2015 and this recently married couple has not got any rumors about divorce.

His the first son born to this couple.

The couple adopted this son.