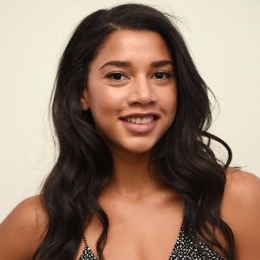 Hannah Bronfman is an American entrepreneur, model, and DJ based in Manhattan. More significantly, she came to the spotlight becoming a co-founder of 'Beautified', a company that provides beauty services via a mobile app. But Bronfman left the company in 2014.

Is Hannah Bronfman Married? Who is her Huband?

32-year-old Hannah Bronfman tied the knot with Brendan Fallis, 37, on May 20, 2017, in Marrakesh, Morocco. At the time of their bridal ceremony, she wore the dress prepared by stylist, Nausheen Shah, while her groom was seen white and black wed suit. 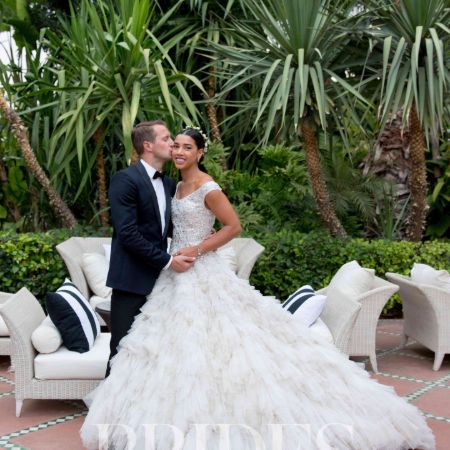 Talking about her spouse, Brendan Fallis is a Canadian musician, DJ, and youtuber. Coming back to Hannah's love life, there is no such information regarding how and when the two first met and started dating. But two years prior to their matrimony, the lovebird had shared the rings on August 17, 2015. 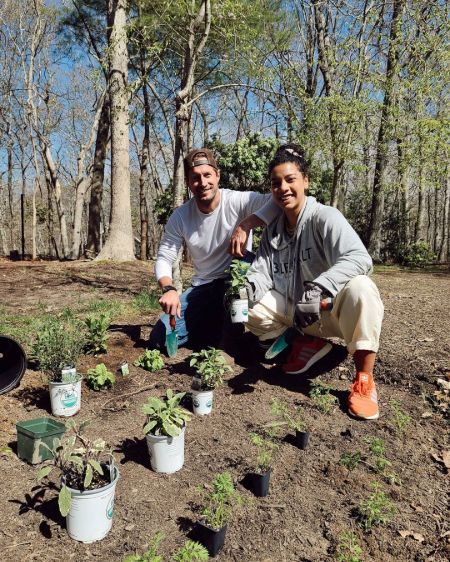 Hannah Bronfman and her partner, utilizing their time staying in the quarantined.
SOURCE: Instagram

Although they have been married for three years already, the lovey-dovey duo is yet to welcome their firstborn. Believe it or not, the lovely couple was listed in Beyond The Fashion Magazine as one of the power-couples based in New York City on July 25, 2018. As a matter of fact, the power couple is famous as well as a favorite of many people. Currently, the celebrity duo is productively utilizing their Quarantine by harnessing their garden with herbs. Hence, there is no sign that the two would get a divorce.

What is the Real Reason of Hannah Leaving 'Beautified'?

Bronfman, along with Peter Hananel and Annie Evan, co-founded the beauty app, Beautified in the year 2012. The app is especially focused on users booking last-minute services at beauty salons & spas in cities such as New York, Miami, LA, San Francisco, Chicago, and Dallas. Likewise, she featured in a number of magazines, including a documentary by Teen Vogue and This is My Reality, etc. 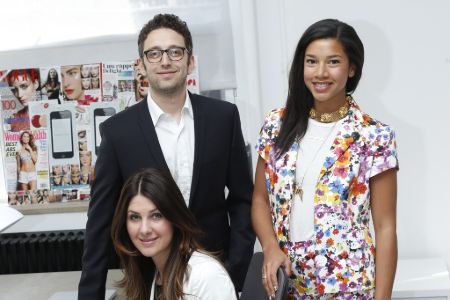 Everything was going well in the business before she found one of her partners, Peter Hananel, was mistreating their employees, depriving her of the financial information and using poor judgments. Unfortunately, Hannah filed a lawsuit against him, but ultimately, they had to close the company in 2014.

What Did Broofman Do after 'Beautified' Collapsed?

Brendan's beau was featured as a model in DKNY's Fall 2014 Fashion Show the same year her company was dismissed. In 2015, Edgar's daughter launched her website titled, HBFIT.com, in which she forwards her ideas for different recipes and workout timetables. Subsequently, she was hired as a Clinique ambassador of the 3-Step System.

Two years later, Hannah won the '2017 Youth Empowerment Award' in Urban Tech's 22nd Annual Gala. Bronfman released a book on January 8, 2019, titled "Do What Feels Good: Recipes, Treatments, and Exercises to Treat Your Body Properly." She offers insight into fitness and nutrition skincare through the book. Hannah said that the book is "a snapshot of everything I've learned on my health journey over ten years."

Hannah Bronfman As a DJ

The American entrepreneur started DJing when she was in college. Since an early age, Hannah wanted to pursue her career in music as she grew up around musicians. In an interview, Bronfman said that she had a extreme musical influence. 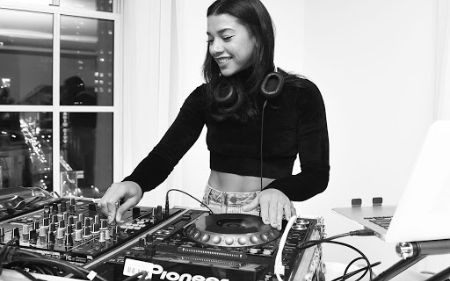 During her college days, the model used to be a DJ in nightclubs. Later, she stopped hanging out at night because of her health and switched to corporate DJing.

How Much Does Hannah Bronfman Worth?

The HBFIT founder has an estimated net worth of $1.5 million, as of 2020. Undoubtedly, she made a fortune by pursuing her career as an entrepreneur, model, and DJ.

Apart from this, the 32 years old DJ is related to a well-known family in New York City. As a matter of fact, her father, Edgar Bronfman Jr., is the former CEO of Warner Music Group. Moreover, she is a part of the Lehman Family through her paternal grandmother, Ann Loeb Bronfman.

Besides her husband, Brendan Fallis, a professional DJ, holds the net worth of $500,000. So, the combined networth of both makes them quite wealthy. It can be said; Hannah, with her husband, is enjoying a luxurious life.

For more new Gossips, Timelines, and new Scandals of your preferred celebrities, check out marriedwiki.com.

Brendan Fallis is a Canadian DJ and musician. He married Hannah Bronfman three years ago. He is 37 years old