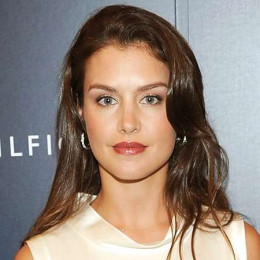 Hannah Rose Ware is a British model and actress, noted for her portrayal in the ABC primetime soap opera Betrayal, as Sara Hanley in the Starz political drama series Boss, as Emma Kane. Some of the hit film project of her are: films Cop Out, Shame, Oldboy and the action film Hitman: Agent 47. She is the proud daughter of John Ware, a BBC Panorama reporter and Helena, a social worker.

Talking about her personal life, once she was a married woman but unfortunately her marital relation with former husband Jesse Jenkins didn't last long and happen to end up with a divorce. She was married to her ex-husband from 2008 to 2009.

The couple does not have any kids from their relationship. Hannah has managed to keep her ex-husband out of media's coverage so there is not much information available on him.

Ware amassed an estimated net worth of about $1 million as of 2019.

Hannah Rose Ware was born on 8 December 1982 in Hammersmith, London to John Ware and Helena (nee Keell). She has a sister Jessie Ware who is a musician.

Ware, best known for her role as Sara Hanley in the ABC primetime soap opera Betrayal, Ware also played in come movies including Cop Out, The Angel, and Aftermath.

He is the first husband of Ware, whose personal details has been kept out of media's range.