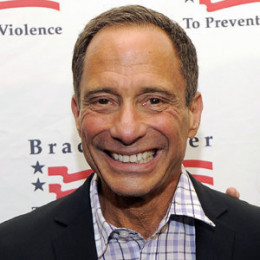 Harvey came to as gay in 2010 when he appeared as an event speaker for the National Lesbian and Gay Journalist Association where he publicly confirmed his self-identification as gay. He has been in longtime relationship with a Southern California chiropractor, Andy Mauer. It is not known if this couple had tied knot or not but these two are still in relationship and growing strong. There is no news about Harvey affairs with someone else beside Andy.