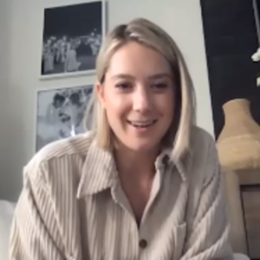 Hayley Stommel is a blogger who later became popular as the wife of Florida Georgia Line's Tyler Hubbard. She created her blog titled "The Vogue Trip" which featured everything related to fashion, beauty and more.

Hayley Stommel is a married woman. She tied a knot with her longterm boyfriend Tyler Hubbard in July 2015 after romancing two years. For instance, the lovebirds already began dating in 2013. Surprisingly enough, Tyler's bandmate Brian Kelley played the role of best man at their wedding.

Hayley Stommel and Mr Tyler Hubbard are proud parents to three children. The blogger gave birth to her first child, Olivia Rose, in December 2017. While the duo was execting daughter Liv in early 2017, doctors mistakenly told it was a boy. 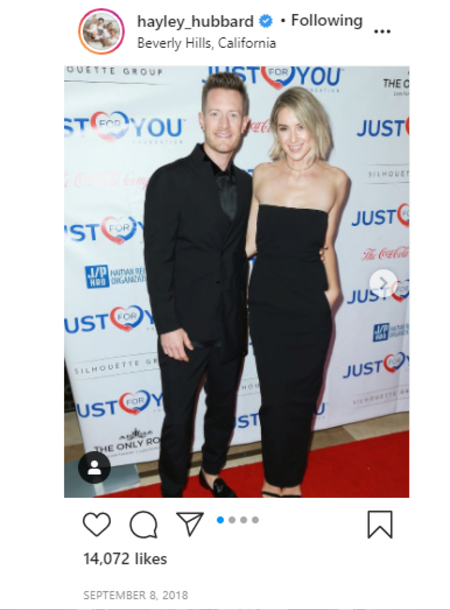 The pair welcomed their third child, Atlas Roy Hubbard on September 26, 2020. The baby boy weighed 8 lbs.2 oz at the time of birth. The couple told People, their son comes with a special meaning. Atlas joined brother Luda Reed,1, and sister Olivia Rose who is 2 and a half years old.

How Much Is Hayley Stommel Net Worth?

Hayley Stommel is looking after her kids at the moment. The mother to three previously worked at  Merrill Lynch in Nashville. As of 200, She is relishing the luxury life with country music singer Tyler Hubbard who is worth $25 million. His band Florida Georgia Line is worth $50 million. An American country music duo consists of Tyler Hubbard and Brian Kelley.

The Florida Georgia Line duo released first EP Anything Like Me in early 2010. Two years later, the pair released their second EP It's Just What We Do which was ranked #1 on the U.S. Heatseekers chart.

Subsequently, Tyler and his band released their debut studio album Here's to the Good Times in 2012. And, notably, the hit single "Cruise" has been certified 8x Platinum in the United States. In addition to that, the album sold around seven million copies. It ranked #1 on the US Country chart, and #4 on the Billboard Hot 100.

That's not all, the album furthermore produced the singles including "Round Here", "Stay" and "Get Your Shine On". In the same vein, the duo's 2014 single "This Is How We Roll" featured Luke Bryan which certified platinum. 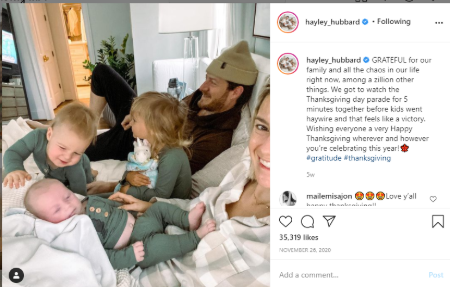 Later on, Tyler and Brian Kelly's group signed with Republic Nashville. Their single "Dirt" from 2014 album made #1 on the US Country chart. On January 4, 2020, Florida Georgia Line's Brian Kelley and Tyler Hubbard released solo projects. But it doesn't mean they are breaking up.

Hubbard is set to drop a new collaboration with Tim McGraw, a song titled "Undivided" on January 13, whereas Kelley is doing a solo album which is set to release in the summer of 2021. Also, the pair talked about the upcoming Florida Georgia Line Album Life Rolls On.

Hayley Stommel married Tyler Hubbard in July 2015. They are together for five years and shares three kids.

Olive Rose was born in December 2017. She is the first child of Tyler Hubbard and Hayley Stommel.

Lucas Reed was born on August 19, 2019. He is the second child of Tyler Hubbard and Hayley Stommel.

Atlas Roy Hubbard was born in September 2020. He is the youngest, third child of Tyler Hubbard and Hayley Stommel.