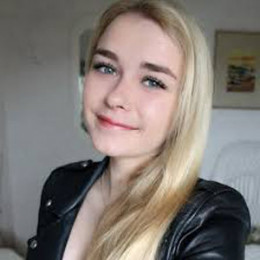 A Norwegian YouTuber vlogger publishes challenges, tags, vlogs, and life updates to her popular channel, IamSanna is currently dating Jelle Van Vucht (Jelly ). She can speak English, Swedish, Norwegian, French, Spanish, and Dutch too. IamSanna has joined the YouTube universe in December 2013. She is also has a YouTube channel named IamSanna. There is no information about her parents on social sites.

IamSanna has kept her personal life secret. Since she is not yet married, there is no information about her children on social sites. She was born in Norway and she is of Swedish descent. IamSanna grew up with her sister. She always features her boyfriend in her videos. There is no information about her rumors on social sites. She and Madeleine Hoen, YouTube content creator who posts DIYs, routines, tips, organizational videos and fashion videos both are Norwegian-born YouTubers.

IamSanna was born on 16th May 1998 in Norway. She has Swedish descent. Her birth sign is Taurus. She has one sibling sister. There is no information on her parents, childhood, and educational background.

IamSanna has made a career as an internet personality, vlogger, and YouTuber. She has been active in YouTube since 2013 and has been running her own YouTube channel titled IamSanna since that time on. Some of her popular videos on YouTube are Best friends vs boyfriend, Leaving jelly for Kwebbelkop Prankall, and Kiss marry or killing.

The gorgeous Sanna, better known by her Youtube channel IamSanna is dating a fellow Youtuber Jelle Van Vucht from early 2014, who also has a Youtube channel of his own titled JellyYT. Sanna is very committed to her boyfriend.

Sanna frequently moves along with Jelle to new places and countries whenever and wherever she wants to. Besides English, she is also fluent in several languages like Swedish, Norwegian, French, Spanish and some Dutch.

IamSanna has an estimated net worth of $200,000. Her source of income includes her earnings from her career as an internet personality, vlogger, and most significantly YouTuber. Her content is composed of gaming videos, challenges, tags, vlogs, life updates and other interesting content.