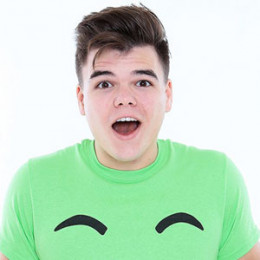 Jelle Van Vucht is Dutch by nationality and was born and raised in Roermond. His YouTube channel has 5.8 million followers and he also has his own clothing line.

The Dutch YouTuber Jelle Van Vucht is best known by her stage names Jelle Bay, Jelly, or Jelly Bay. He is a talented YouTuber with a channel called “JellyYT” where Jelle uploads comedy gaming videos and vlogs.

The 20-years-old Jelle belongs to white ethnicity and holds Dutch nationality. He was raised in Roermond with his parents. He did an Audio-visual course in his birthplace but quit to focus on his businesses in YouTube.

On 27 May 2014, Jelle Van Vucht became well known after uploading gaming videos on his YouTube channel “JellyYT” which are sometimes exceptionally comical. He also helps to promote content creators in YouTube gaming community through his other channel GTA5Videoes.

Jelle also has a clothing line for which he earned a name for himself by selling different things to his fans. He met Kwebbelkop and Kodi Brown while making his Youtube videos and became best friends with the latter. He has more than 5.8 million followers on his YouTube channels.

Jelle is a member of a little group called "Robust" who play games like Gmod, Scrap Mechanic, and GTA and upload videos on different gaming issues on their respective YouTube channels. He has more than 266k followers on Instagram and 78K followers on Twitter.

The handsome and young Jelle Van Vucht has been dating a fellow YouTuber Sanna from early 2014, who also has a YouTube channel of her own named IamSanna. Jelle is very committed to his girlfriend.

Jelle frequently moves along with Sanna to new places and countries whenever and wherever she wants to.

The talented and hardworking gaming YouTuber Jelle Van Vucht has an estimated net worth of $1.5 million dollars through uploading videos on YouTube.

Jelle uploaded two videos every day, and the videos in the channel get a normal of 3 million views per day. His videos earn an estimated amount of around $4,500 per day ($1.6 million per year) all from ads which are seen on the videos. He also sells merchandise to his fans in his online store, which brings a significant amount of income.