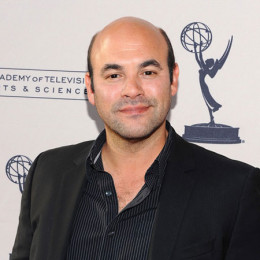 Ian Braque Gomez is an actor best known for his portrayal of the role of Andy in the series 'Cougar Town and Javier on Felicity'. His recent work includes ABC's 'Jake in Progress', where he starred as John Stamos and also appeared in the third season of "Every Man for Himself". He began his acting career in 1993, making debut in the movie 'Excessive Force'. He was born to a dancer mother and an artist father and is of Puerto Rican and Russian Jewish descent.

Moving on to Ian Gomez's personal life, he is a happily married man. Till now he has been married only once and has been enjoying his marital relation since 1993. His wife is an actress and writer by profession. The couple does not have kids of their own but they adopted a beautiful daughter in the year 2008. Relationship of this couple is going pretty well so there is no relevance of talking about their divorce.

She is the one and only beloved wife of Gomez, who by profession is an actress and film writer. They were married in 1993.

She is the only daughter of Gomez, whom he adopted in 2008.