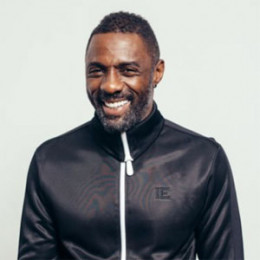 English actor, Idrissa Elba is also recognized as producer, musician, and DJ, best known for portraying the character of narcotrafficker Stringer Bell in the HBO series The Wire. In 2016, he was named in the Time 100 list of the Most Influential People.

Born on September 6, 1972, Idris Elba is the son of Winston, a Sierra Leonean, a worker at Ford motor factory and his mother, Eve. He is the only child of his parents and raised in Hackney, London. He is British and belongs to Black ethnicity.

Elba changed his name from Idrissa to Idris when at school in Canning Town where he started acting. The Stage provided him his big break. He also worked with his uncle at Wedding DJ business and later started his own DJ company.

In 1988, he left his school to follow his dream and at 19 he worked in nightclubs as DJ side by side auditioning for TV roles.

Idris Elba began his professional acting career in 1995 as he got a significant role in a series of 2point4 Children. Later, he appeared in several TV shows in a minor role before starring in HBO drama series The Wire. He portrayed the character of  Russell "Stringer" Bell in series from 2002 to 2004. 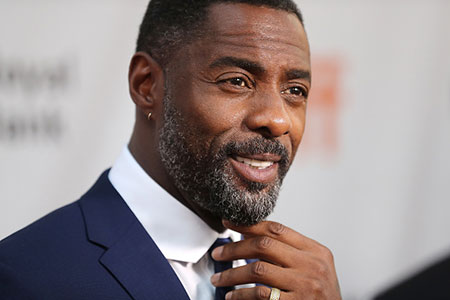 In 2009, his outstanding performance on BBC TV series, Luther won him Best Actor Award in a Series, Mini-Series or Motion Picture Made for Television in 69th Golden Globe Awards in 2012. Besides, he also appeared on numerous television shows such as; Ultraviolet, Law & Order, Absolutely Fabulous, Family Affairs, The Office and much more.

Elba began his movie career in 2007 as a lead-in Daddy's Little Girls where he portrayed the role of Monty. In 2010, he was cast in the This Christmas which was quite successful at the box office.

His other screen credits include; One Love, Legacy, The Losers, The Jungle Book, 100 Streets, The Dark Tower, The Mountain Between Us, Zootopia, This Christmas,  General Stone Juan Carlos Fresnadillo and many others. His most recent release was Thor: Ragnarok which was a blockbuster hit at the box office.

Idris Elba is active in the film industry for the last 22 years and appeared in several movies and TV series. He has successfully collected an estimated net worth of $20 million.

In 2007, his movie, This Christmas grossed $50 million at the box office. His next venture, Thor (2011) made under the budget of $100 million earned more than $449 million worldwide and its sequel, Thor: Ragnarok also a big hit with a total collection of $431 million.

Elba is passionate about cars as he has a collection of expensive cars including; Bentley Continental GT costing around $242,125, Jaguar XE($80,000), Range Rover Sport ($67,650) and many others.

Idris Elba is happily engaged to his longtime girlfriend, Sabrina Dhowre on 10 February 2018, during a screening of his film Yardie, at an East London cinema. The duo is dating since early 2017. He was in a romantic relationship with Naiyana Garth and shared a son named Winston Elba born in 2014. 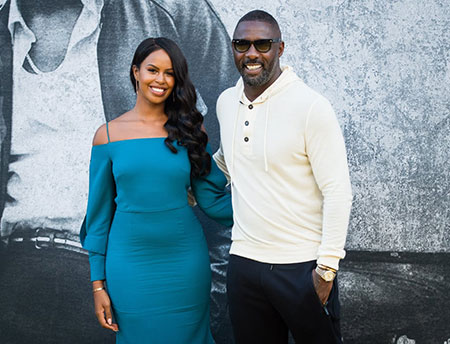 Priorly he married twice; he tied the knot with Hanne "Kim" Norgaard in 1999. The couple shared a daughter together named Isan (born on 2002). However, the couple divorced in 2003.

After the end of her first marriage, Elba found his soulmate, Nicole Hamlin, in 2006 and got married in the same year. However, their relationship didn't last long.

In regard to religion view, he said,

"I am spiritual but not religious and I'm not a religious man in that sense. I call myself a spiritual being if you like."

The actor is currently married to his third wife, Sabrina Dhowre. Besides, Elba is a huge fan of the Premier League club Arsenal F.C.

Hanne "Kim" Norgaard is the first wife of Idris Elba. She has a daughter, Isan with him.

Nicole Hamlin is the former wife of Idris Elba. The couple had divorced after a short period of marriage.

Isan is the first daughter of Idris. She lived with her mother after her parent's divorce.

Winston Elba is the only son of Elba. He lives with his parents in New York.