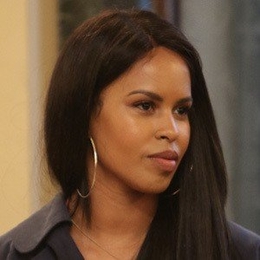 For all the hopeless romantic, it's our greatest pleasure to announce that falling in love at first is still a real thing, and not just the stuff we often read in novels or watched in films. And, for the reference today, allow us to introduce Sabrina Dhowre Elba, the ever stunning beautiful model in her own right, and someone Idris Elba fell head over hills in love at his first sight.

Sabrina Dhowre Elba & Her Husband Were Inseparable Since They First Met

It's been nearly ten months since the beauty pageant queen, Sabrina Dhowre added Elba to her name after she walked down the aisle in Morroco with her husband, Idris Elba. And, what a wonderful pair they absolutely make.

Like we already said, Elba first laid his eyes on his then-future wife whilst the British actor was filming in Canada for the movie, The Mountain Between Us co-starring Kate Winslet in 2017. And, boom, shivers ran down the spine of Mr. Elba, a single man with two divorces, at the time. 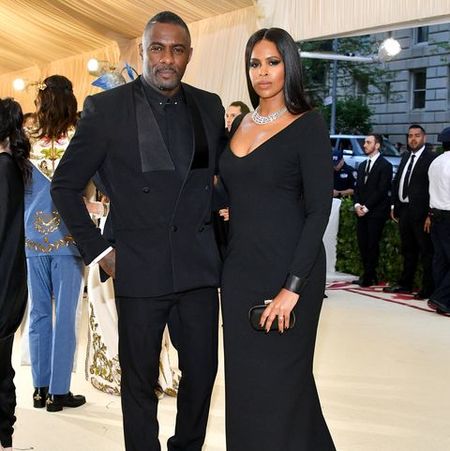 Sabrina felt that fire igniting in her tummy too as she encountered her first conversation with Idris. Not long after the two hit it off, the model and Idris fell madly in love and were inseparable, despite the huge age difference of sixteen years. As a matter of fact, Elba who didn't believe in marriages anymore even changed his mind.

It, surely, must have been the charismatic personality and the elegance of women such as Dhowre who makes divorced men like Idris change their perspective in love. Soon enough, Sabrina was a part of the Idris family and vice versa. She even got along really well with Elba's children with his previous partners including daughter Isan Elba the Luther star shares with second wife, Hanne Norgaard and son Winston Elba from his relationship to his ex-girlfriend, Naiyana Garth, a makeover artist.

By the next year, their relationship was official and making headlines everywhere. Not to mention, speaking of his relationship with Sabrina, Idris even publicly shared it was an amazing experience for him to work in a film about romance whilst simultaneously being in love IRL too.

Nearly more than five months later, Idris who found love again realized anything he ever wanted was right in front of his eyes and didn't hesitate to take the next step of their relationship as he planned to ask for her hand in marriage on Valentines Day.

But due to the hectic schedule caused by his work, Idris said screw it and got on his knees and proposed Sabrina five days prior to the Valentine day at the Rio Cinema in London before the screening of the film 'Yardie' the actor directed. After all, it was bound to happen sooner or later, init?

Watch the beautiful video of Idris proposing Sabrina to marry him below.

Donned in a grey coat, Sabrina was taken by a surprise as she also became emotional and accepted to put the ring on it. A lot of the fans in the audience in the room and the theatre company itself announced the happy news on social media.

A fairytale lavish Wedding Where Sabrina Adorned In A Vera Wang

Although Sabrina and Idris became engaged within a few months of dating, the love birds didn't rush to get married and waited fifteen months to finally get hitched. Their wedding which occurred in Marrakesh took everyone's breath away. From the decor to the food to the view as seen from the pictures earned a lot of praise. 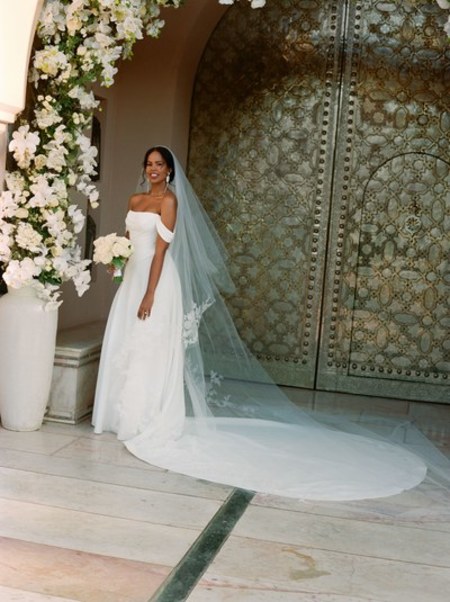 And, it seemed as if struggle only taunted Sabrina and Idris in their relationship when they couldn't decide to pick the right venue for their wedding, as the models family belonged to East Africa whilst her then-fiance has his lineage linked to the Western part of Africa in Sierra Leon and Ghana.

Interestingly, the problem itself gave the solution to the duo, though. And, consequently, Sabrina and Idris decided to celebrate their union as a bride and groom in the middle of Africa and found Morocco the right and suitable place.

The nuptial ceremony took place for three days at the Amanjena hotel and Sabrina stunned in a simple white bridal custom made gown designed by Vera Wang, as reported by Glamour Fame. The bride, however, originally wanted to go for a much bigger and fancy gown but it was Wang who showed her the beauty of the simple bridal gown. As for her groom, Idris looked dapper in custom made Ozwald Boateng suit. 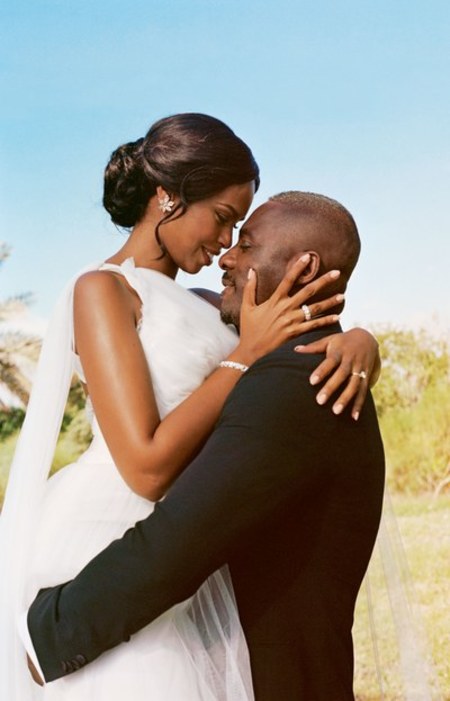 Sabrina and Idris on their wedding day in Morocco. SOURCE: Vogue

Romantically enough, both of their wedding attires consisted of patterned fabric from Idris's family's heritage. Moreover, 200 guests of the couple's close friends and family attended to bestow their blessings to the couple. Some of the celebrity guests included French designer Christian Louboutin and singer Diana Ross.

Dhowre immediately rose to prominence after she won the title of Miss Vancouver after attracting the attention of the show judges by her deep plunging grey gown. Since the conclusion of her beauty pageant journey, Sabrina instantly followed her dreams to become a model.

Throughout her modeling career, Sabrina collaborated with top-notch media companies such as Harrods Magazine, Roland Mouret, and Vogue. Whilst she is currently estimated to bag a net worth of more than $400,000, her husband, a multi-talented actor, and rapper is worth to be $25 million.

View more Biographies as well as Gossips on Marriedwiki.com.

Idris Elba, a British actor known for his roles in films such as Thor and Cats has been married to wife, Sabrina Dhowre Elba since 2019.