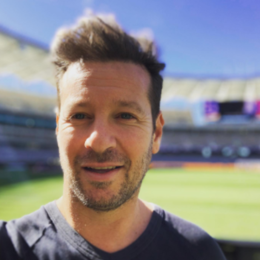 Ilan Kidron is an award-winning Sydney-born singer-songwriter with more than a billion combined streams. He is widely popular as the lead singer, frontman of the multi-platinum selling dance music act The Potbelleez.

The former Potbelleez star, Ilan Kidron, has not revealed if he has married someone new after his first wife, Samantha Rebillet. Nevertheless, going through Ilan's Instagram wall, he is in a live-in-together relationship with a lady who goes by the username  "tbarts." on Instagram. 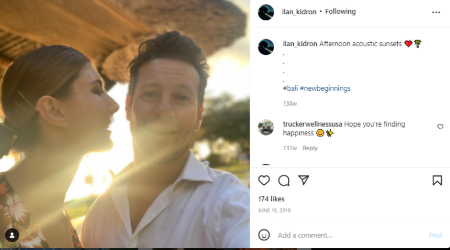 Ilan Kidron lives with partner tbarts. SOURCE: Instagram (ilan_kidron)
To be precise, they started dating in early 2018 and have become inseparable ever since. Tbart does not have children with partner Ilan Kidron. But, the lovebirds consider their pets (two dogs) as their children. Looking at their chemistry, Kidron's affair with the lady could last longer.

Kidron was previously married to the French actress, director and producer; Samantha Rebillet. At that time, Kidron was the Australian electro-house and dance music squad Potbelleez. Ilan and Samantha walked down the aisle in 1990 after dating for several years. As husband and wife, they lived together for more than a decade. 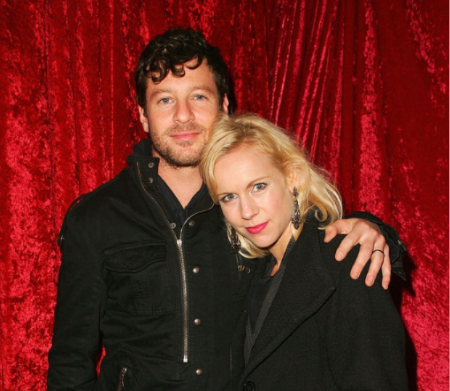 Ilan Kidron was married to Samantha for many years. SOURCE: Getty image

Samantha Rebillet's Cause of Death

Rebillet tragically died at age 45 in 2017. Sources claimed Samantha took her own life on 27 November 2017. In 2010, Sami went through a life-threatening brain tumor; however, she recovered. While alive, Samantha supported the Cure Brain Cancer Foundation. and aimed to organize the Wayside Chapels Art to Heart charity fundraiser.

Rebillet was widely popular for tv shows like Murder Call, All Saints and Water Rats. Rebillet produced and directed the film Butterfly Man which received a Silver Club award at the International Documentary Film Festival held in Amsterdam in 2004.

Ilan Kidron has summoned an estimated net worth of $10 million as of 2022. Kidron bagged a huge amount from his album. Nothing Is Impossible, released in July 2021.

Kidron is widely popular as a Platinum-certified artist and APRA and ARIA award winner. He writes more than 100 songs a year. Ilan has written a song, Nothing is Impossible, with his quad Glassbreakers for the Choice Foundation.

Being a lead singer of the EDM band, the Potbelleez, Ilan co-wrote their hit, "Don't Hold Back." Kidron has effortlessly sung in more than five languages. Ilan is not only a versatile entertainer but an in-demand co-writer and producer. He has worked with big names like Tina Arena, Ricky Martin, and Jessica Mauboy.

Be sure to check out MarriedWiki for more interesting biographies/

Samantha Rebillet and Ilan Kidron were married for more than a decade. They married in 1990 and separated in 2017.

Remi was born in 1993 as the first child of Samantha Rebillet and Ilan Kidron. Remi is currently twenty-eight years old.

Samantha Rebillet and Ilan Kidron welcomed the couple's second child, a son in 2002. Gab has a sister named Remi.