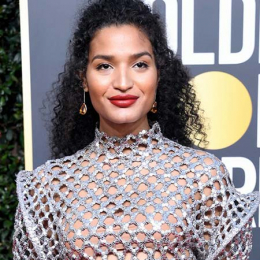 Famously known for portraying the role of Angel in Ryan Murphy's FX TV series Pose, Indya Moore is one of the popular transgender model and actress. The actress also included in Time magazine's annual Time 100 list of the world's most influential people in 2019.

Indya Moore's Relationship; An Inspiration to all Young LGBTQ people:

Transgender model and actress, Indya Moore's personal life is always an open book to fans and media. Previously, in an interview, she shared she is not that much into women, but enjoy their companies in professional terms only. The actress, however, didn't mention her dating life or having an affair with a man either. So, she might be currently single as of now. 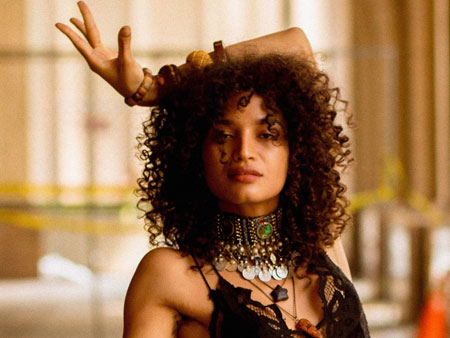 The actress added, she faces many ups and downs in her life as a transgender. She even speaks about her lifelong struggle such as being bullied and transphobia which cost her to leave her home at the age of 14 and drop out of school in 10 grade. But, she did not let these horrific experiences deter her from her dreams.

Indy is a perfect example despite all the hate and bigotry in the world as she inspires all LGBTQ fighters for trans right and accomplishes their dreams. Instead of being awkward from hard topics like LGBTQ bigotry, racism, and sexism, she uses her platform to speak for all of LGBTQ people.

Repost  @mtvnews #PoseFx #IndyaMoore was honest on the red carpet at the @TIME 100 Gala about the significance of @PoseOnFX, calling the show “groundbreaking.” Moore, who plays transgender sex worker Angel on the show, expressed that the role “hits a really personal space” with them. They went on to explain that the show creates a space for queer black people to be seen and have a sense of community, adding that so many queer black people are “looking for love from family and elsewhere.”

Pose actress Indya Moore says misgendering should not be a crime!

Indya was included in Time magazine's annual Time 100 list of the world's most influential people in 2019. She is active on her social sites, She has a 231k+ follower on her Instagram. She keeps posting pictures spending quality of time with her friends.

Morre also made a good fortune from her brand endorsements and cover shoots. Similarly, she earns $691.5-$1,152.5 per promotional post from Instagram.

Indya Adrianna Moore was born on 17th Jan 1995 in New York, US. She was raised in her family home in the Bronx, New York City, by her parents. Her mother is Puerto Rican and While her father is from the Caribbean. She belongs to North American ethnicity.

Moore started her career as a model at the age of 15 and began working for high rated fashion companies like Dior and Gucci. She even got cast as Angel Evangelista in FX TV series Pose. Where the audience sees her as a navigates finding love as a transwoman, growing confidence, and learning the same lessons most young adults do.