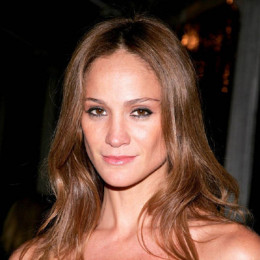 Born as María Inés Rivero, she was raised by only her mother in the provinces of Cordoba. As her mother was also a modeling agent, she helped her child to enter into the same field with ease. She started to do modeling at the young age of 14, and by the time she was 17, she had won the "Elite Look of the Year" contest. Rowards the end of 1990, she signed a contract with the famous modelling company "Victoria's Secret".

As a model, she has been romantically linked with many people from different backgrounds. She had been dating a French businessman named Jarl Ale De Basseville around 1995.

The couple, however, did not get married and ended their relationship in 1998. After staying single for some time, she then started to date a Cuban named Jorge Mora, who worked as a financer.

They welcomed their first child in 2001.

Ines Rivero was born on 7 June 1975 in Cordoba, Argentina.

She rose to fame through her work as a Victoria's Secret Angel. She appeared on the cover of Vogue, Elle, Fashion, Marie Claire, and Mirabella.

After breaking up with her former boyfriend Ale De Basseville, Ines was not involved in any affair for a year or more. During one of her modelling shows, she met a Cuban named Jorge Mora. He happened to be a financer and also a good person, who she happened to like. the two started to date and soon decided to get married. In 1999, they wedded and are living together happily till now.

A couple of years after the marriage, Ines and Jorge had a daughter named Maia, who was born on March 22, 2001.