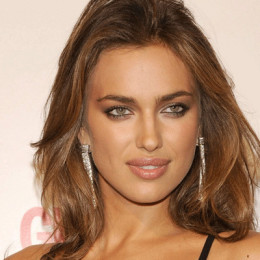 Born as Irina Valeryevna Shaykhlislamova, Irina is a Russian model who was born to a coal miner named Volga Tatar and her mother Olga was a music teacher. Growing up with her sister, she was influenced by her mother and thus started to learn to play piano from an age of 6. Although her mother wanted her to study music, things became tough when her father had died. A student of marketing, she joined modeling only after 2003. She took part in 2004, "Miss Chelyabinsk" beauty contest and won it.

Lea De Seine Shayk Cooper is a very successful model and has done work for many companies like Vogue, Playboy, Victoria's Secret etc. She was also in a relationship with the Portuguese footballer Christiano Ronaldo. They started dating each other from 2010, however, after almost five years in 2015, the couple ended their relationship.

Later on, the gorgeous model started an affair with Hollywood's heartthrob and one of the most popular actors worldwide Bradly Cooper in 2015. Again, in 2016 she shocked the world with her pregnancy news as she was expecting her first child with actor-boyfriend Bradly. The duo welcomed their gorgeous daughter named Lea De Seine on 21 March 2017.

She made a rare appearance with her boyfriend Bradly Cooper in NYC on 19th March 2019 for a lunch outing. They appeared together almost a month after the two appeared at the Oscars where Cooper performed onstage "Shallow" with A Star Is Born co-star Lady Gaga.

Irina Shaykhlislamova was born on 6 January 1986 in Yemanzhelinsk, Russian SFSR.

She is the first Russian model to appear on the Sports Illustrated Swimsuit Issue in 2011.