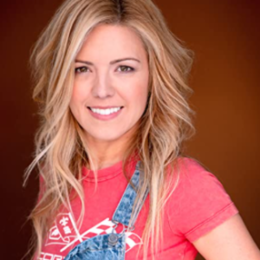 IsaBeall Quella is an actress best known for her appearance in Frozen Love and Single Parents in 2018. Other than that, she is famous for her long-term marital relationship with her boyfriend Brad Garrett.

Actress IsaBeall Quella is happily engaged to his boyfriend of seven years, Brad Garrett. They began dating in 2008 and decided to take the relationship to the next level get hitched when her man popped the question.

What's more? During Brad's birthday in April 2016, Qualla called him the love of her life. In fact, Quella is not shy of publicly expressing her love for Brad. 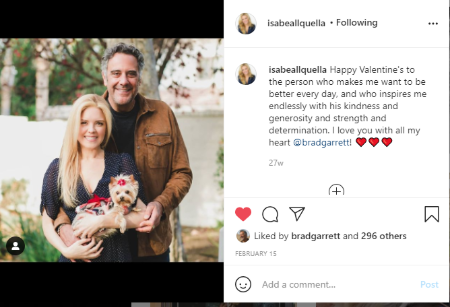 The former Everybody Loves Raymond star popped the question in 2015 after being together for seven years on December 27, 2015, in the Winston Churchill suite at New York's Waldorf Astoria. During the ceremony, the singer/songwriter Marc Cohn played their favorite songs on the piano.

In addition, there is a 24 year age gap between Quella and her future husband. Despite that, IsaBeall and her man share an amazing chemistry. In November 2016, the blonde beauty flaunted a diamond engagement ring while vacationing in Tremezzo, Italy.

Past Affairs of IsaBeall Quella's Fiance

This will be the second wedding if IsaBeall and Brad get married. Previously, the actor married Jill Diven on May 18, 1999. Brad and Jill divorced in November 2007 citing unknown issues.

Together Jill and Brad share two children Hope Garrett and Maxwell Garrett. Furthermore, after the split, Garrett was on the reality series, Dating Brad Garrett, where he tended to find a partner on the internet.

IsaBeall Quella has a net worth of $800,000, whereas her fiance Garrett has an estimated $25 million as of 2021. Quella's primary source of income is her career as an actress. She has starred in short movies Frozen Love and Single Parent.

IsaBeall lives with the American actor and stand-up comedian boyfriend Brad Garrett who made $50 million from his decade-long career. Likewise, Brad appeared in the films like Suicide Kings and booked the role of Ray Romano's brother in the sitcom Everybody Loves Raymond. He won a Screen Actors Guild Award and five Emmys for his role on the show.