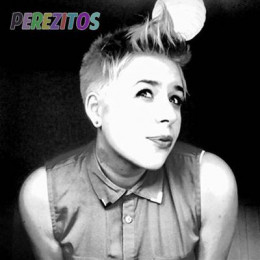 Born on December 22, 1992, Isabella Jane Crusie is the daughter of Hollywood stars Tom Cruise and Nicole Kidman. Tom and Nicole adopted Isabella along with her brother Connor Crusie during their period of marriage.

As a child of Hollywood stars, she must have lived a very luxurious life, but her childhood was troubled after her parents got divorced. Isabella's relationship with her mother was rocky after Tom and Nicole got divorced in 2001 and Nicole was termed as a suppressive person. But recently the Isabella and her mother reunited in London where she currently resides.

She grew up with her father Tom Cruise along with her adopted brother Connor Cruise and her half-sister Suri Cruise. After the divorce, Tom raised the kids. Isabella and Connor grew up in the Church of Scientology, where their father Tom is the prominent figure. After separation from Tom Cruise, Nicole Kidman is married to Keith Urban and is a mother to two beautiful daughters.

Despite being a child of a celebrity, Isabella has successfully kept herself away from media.

Isabella shocked the world when she tied the knot in a secret ceremony on September 18, 2015. Isabella and her husband, Max Parker Scientology marriage took place in the Iavish Dorchester Hotel in London.

The absent for her parents, Tom Cruise and Nicole Kidman, was the hottest topic when the news broke out. The guest list for isabella's wedding was restricted to her and her husband's most trusted friends, leaving most relatives uninvited and unaware of their marriage.

Rumors were floating around of Isabella having a child, but the rumors were refused by both of them letting the media disappointed. They both also refused to reveal where they first met or share any details of their first dates or Max’s proposal.

She dated a guy named Eddie Frencher, who she was engaged to but they broke up in 2013. The sources claim that the couple broke up because of long distance and not having enough time to spend with each other.

Isabella is content with her marriage with her husband Max, and there is no sign of them getting a divorce anytime soon. The happy couple currently resides in London, where they both work.

The net worth of Nicole is $130 million and is one of the richest actress and her demand for a movie is $10+ million and 250 million of Tom Cruise.
But talking about Isabella, there is no exact detail on her net worth but talking about her husband he is just a regular person with a regular job. He is an IT specialist, and this couple is living in one bedroom apartment in a converted terraced house, which they share with three other tenants. Bella drives a modest Fiat 500 and Max goes to work by a public bus before catching a train. This couple has even rejected financial support from Bella’s parents worth an estimated $600 million combined.

Max Parker is an IT specialist and is known for marrying Isabella Cruise, daughter of Tom Cruise. Max opposite of his wife's' family belongs to a normal and regular family. There is no further information on Max personal background, his past relationship. Max and Isabella refuse to say anything on how these two met and when they started dating and how Max proposed Isabella.